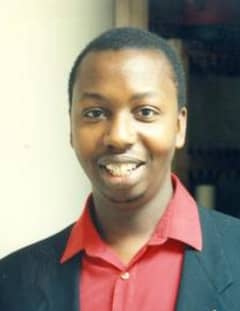 Marcus was a student of Atlanta Public School. He Walter White Elementary School and was graduate of Turner High School, class of 1981. He attended Morehouse College and Georgia Tech in the dual degree program.

Om May 28,1989, Marcus joined the shrine of the Black Madonna #9 of the Pan African Orthodox Christian Church (PAOCC), Where he received the African Name of Asukile ( The Lord has washed me) Ipyanna (Grace).

On December 6,1992, he married the love of his wife, Sister Melissa "Kimaada" Myles.

In 1998, Brother Asulike became Shrine 9's Graphics Coordinator. From that day until his hospitalization, Brother Asuklie worked tirelessly and often single-handedly, to ensure that graphic, auto, and videos needs for all church events, including Sunday service were met with highest quality National Media Ministry, the Church has been able to broadcast its Best Self movement all over the world.

Send flowers to the service of Mr. Marcus T. Myles