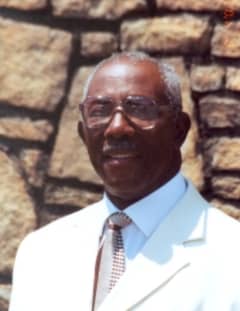 Mr. Matthew (Mathew) Vallion, was the first son born on August 7, 1929 to the late Eugene and Ella Vallion in Sterling, Georgia. On January 22, 1955 he married the love of his life Rev. Lillian Lynn Vallion until her death on January 14, 1997. Out of that union two daughters were born, Donna Lee who proceeded his death on January 27, 1987 and Valerie Jean. Although his wife Lillian and daughter Donna proceeded his death, his love for them were never forgotten. Mr. Vallion attended public schools in Sterling, Ga and later joined the Armed Forces and served during the Korean War. After leaving the military he attended barber school and became a certified barber and also worked as a truck driver for several companies until he retired. Mr. Vallion was a faithful and active member at Mt. Carmel A.M.E. Church until his health began to fail in 2013. He served on several boards throughout his years and was one of the ones that started the Sunrise Breakfast on Easter mornings. Mr. Vallion passion was fishing and when he could, going back home to Brunswick (Sterling) to fish, eat and be with family and friends was his delight. When his health declined and was placed in a nursing homes, his smile and calm spirit never stopped. Mr. Vallion loved his grand and great-grandchildren; Roosevelt Jr. and Jamecia Phillips, Domonic Phillips, Rashadia Phillips, Ashley Alabo; great-grandchildren Anthony Phillips and Amaya Phillips. They will cherish his love and memories. Mr. Vallion also leaves to cherish his memories; daughter, Valerie Jean Vallion; son-in-law, Roosevelt Phillips Sr.; goddaughter and son, Wanda and Ike Russell; sister, Katie McField; brother and sister-in-law, Elder Jimmie and Bonnie Moore; sisters-in-law, Sarah Early, Shirley Lynn, and Patricia Lynn; extended families; Clark, Roberson and Neal; other nieces, nephews, cousins, friends and church family.

Send flowers to the service of Mr. Matthew Vallion