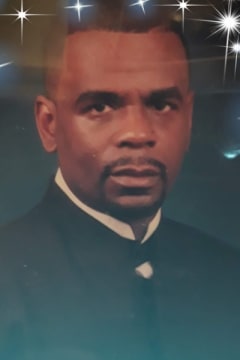 The memorial service for Mitch will take place on Saturday, Jun 13th, at 2 p.m. via a zoom meeting and will be officiated by Eddie Davis. Following the service, the zoom hosts (Lamont Davis and Lisa Davis) will allow family and friends of the immediate family to express condolences, reminisce, or just simply participate via zoom breakout rooms. It is with great sadness that the family of Mitchell Stephen Steven, age 64, of Decatur Georgia, announces that Mitchell passed away unexpectedly on Mon, Jun 1st, 2020. Mitchell, often referred to as “Mitch,” by family and friends attended James Madison High School in Brooklyn NY. After graduating from H.S., Mitch enlisted in the Army and was a part of the 82nd Airborne for 12 years before going to work as a civilian at Fort Bragg Hospital in Fayetteville NC. He received a degree from Fayetteville State University in 1998, afterwards moving to Atlanta Ga where he took a job at the National Labor Relations Board where he worked for 18 years before retiring in 2016. At an early age, Mitch developed a deep passion for anything Motown and especially Diana Ross, investing lots of time and money on Motown memorabilia and Diana Ross concerts. He was also from a noticeably young age an avid collector of marvel comic books, becoming an outstanding sketch artist in his own rite, often making his very own comic books in marble composition notebooks. Throughout his entire life he loved taking pictures, building up a large collection of family photos that was everyone’s envy. The youngest of 6 children, Mitch never married, spending decades taking care of his beloved mother until she died at 97 years old. He was an avid dog lover and had 3 dogs at the time of his death. Although he was eccentric, if you knew him well enough, you would know that Mitch was also loving, jovial, and had the most infectious smile anyone could have. Mitch was preceded in death by his father, William Cannon, his mother, Della Saxon, his brother, Carlton Saxon, and his sister, Charlesetta Jackson. He is survived by his sisters, Lillian Davis, Rita Williams, and Doreen Robinson, along with a bevy of cousins, nieces, and nephews. Join Zoom Meeting: Click on Videos and Photos Tab or Meeting ID: 399 380 5217 Password: 248998

Send flowers to the service of Mr. Mitchell Steven