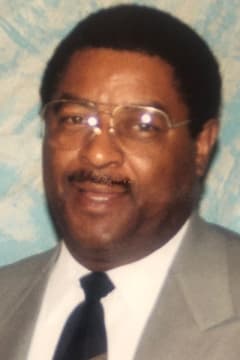 In profound sorrow we announce the passing of Mr. Robert Carl Richardson.

Robert Carl Richardson was born on August 30th, 1940 in Indianapolis, Indiana to Parents John Richardson and Lucille Nickpeay Richardson. He attended Crispus Attucks High School, Indiana University for undergraduate studies in Psychology, and Emory Business School for training in Human Resource Management and Leadership. At the age of 15, Robert met his life love and partner Harriett Harper Richardson. 64 years later, they have celebrated 55 years of marriage. Together, they raised their son, his legacy, Bryan Anthony Richardson (wife Tracy Richardson).

Robert proudly served his country, fighting in Vietnam with the U.S army. He subsequently made a career at UPS wherein his remarkable path toward upward mobility began with loading trucks, and he ultimately retired over 25 years later as the Senior Vice President of Human Resources. In his role, he also promoted the objectives of the Black Executive Exchange Program, while serving as a Visiting Professor at Indiana University in furtherance thereof.

As an avid sports enthusiast, Robert especially loved football. He was an unapologetic Patriot’s fan and would share his disdain for “front-runner fans” with anyone who inquired. Because in sports, and in his life, he remained steadfast and loyally committed to the people he believed in, through the good and the bad.

Robert served as a surrogate father to Jennifer Neal Clark and Jeremy Robert “Little Termite” Neal. He is a Grandfather better known as “PopR” to Brandon, Bria, Bryan II, Bryce, and Brayden Richardson, and Great-grandfather to Mason Rivera. He is a sibling to Arthur, Ethel Mae Bolden, Lester, Edward and Lucien “Corky”, and is also survived by a host of nieces, nephews, former co-workers, and close family friends.

His sun set on July 22nd, 2020, preceded in death by siblings John Jr., Herman and Martha. Those who know him well will remember him for his straight talk, strong work ethic, witty repartee, and a firm grip on his wallet. He is loved deeply and will be sorely missed.

Send flowers to the service of Mr. Robert Carl Richardson