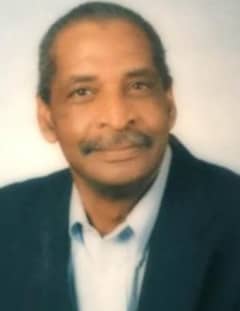 Robert Eugene Tate Senior, 80, passed away on September 28, 2019, at Kennestone Hospital in Marietta, Georgia, with Robert Jr. by his side.

Bobby was born on February 10, 1939, in Kansas City, Missouri, to his parents Myrtle and Walter, who have preceded him in death. His was the youngest of a large and loving family. Growing up in Kansas City, he attended Lincoln High School. He graduated in 1957 and joined the Air Force, stationed over in Turkey with the rank of Ac2 for three years.

Upon his return, after an honorable discharge, he met the love of his life Josephine “Josie” Daniels. They married in 1961 and forged their lives together. Always an achiever (perfectionist), Bobby attended Penn Valley and Rockhurst College and started his executive career.

At the Board of Public Utilities (BPU), he was a Senior Analyst and an executive in the EEOC division. He found his calling with the Boy Scouts of America. In California, Bobby held the title, Director of Finance.

Robert and Josie moved to Acworth, GA, in 2005, where they spent the rest of their lives. Josie joined her heavenly home in 2015 with Dad by her side. Heavily involved and devoted to his Catholic faith, Robert was a member of Our Lady of Lourdes Church, located in Atlanta, GA. Upon hearing the news of his passing, Our Lady will celebrate mass in his honor. His hobbies included golf, being a jazz aficionado, sports, and politics.

Send flowers to the service of Mr. Robert Tate