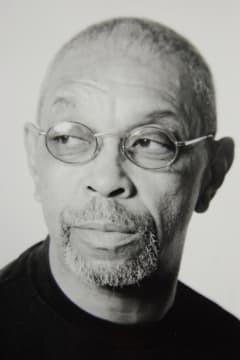 In profound sorrow we announce the passing of Mr. Walter Lee Chiles. Memorial Services will be Saturday, January 15, 2022 1:00pm at Shrine of the Black Madonna Atlanta GA. Livestream will be available. https://www.facebook.com/BestSelfMovement/ Walter Chiles, a gifted musician, singer, songwriter and recording artist, passed away on Dec. 4 in Atlanta at the age of 88. Walter's first noteworthy professional endeavor was forming the jazz trio, Chiles & Pettiford. They were a mainstay in the 1960s at the jazz club Jilly's in New York, where they recorded an album for Atlantic Records called "Live at Jilly's" and where they had jazz greats like Sarah Vaughan and Charles Mingus perform with them. In the 1970s, Walter formed an R&B/funk band called LTG Exchange, which released two albums—"LTG Exchange" for Fania Records (1974) and "Susie Heartbreaker" for RCA (1975). In 1974, they had two records that reached the charts, "Corazon" and "Waterbed, Pt. 1," both now considered cult disco classics. Chiles was born in Takoma Park, Maryland, on June 8, 1933 to Rev. Odea Chiles and Mary Chiles. His father was a distinguished pastor with the Fire Baptized Holiness Church of God in the Americas denomination. Rev. Chiles traveled the country, constructing new Fire Baptized Holiness churches and serving as pastor for several years before moving on to the next one. Walter spent his early years in Richmond, Virginia, where his father built a church. When Walter was 11, his father and mother moved the family (eventually comprised of three boys and five girls) to Baltimore, where Odea built another church.  Baltimore is where Walter's love for music blossomed. When he was just 5, his father discovered that Walter could play any song on the piano after hearing it just once—a rare gift that Odea also revealed when Odea was 5. With his legs not long enough for his feet to touch the floor, Walter soon became the primary piano player in his father's church—a role he held until he left home at age 17. At 13, Walter started playing piano for a popular gospel group called the Vashti Singers. They were four young girls from Baltimore—two sisters and two of their friends—who traveled up and down the East Coast performing their extensive gospel repertoire. Walter got his first brush with musical royalty when the group traveled to Virginia to perform with the singer and guitarist, Sister Rosetta Tharpe—an iconic figure in the Black community in the 1930s and 40s who was the first gospel recording star and whose music is now considered a precursor to rock-and-roll. Walter was asked at age 14 to play piano for the legendary Mahalia Jackson, which he did for three consecutive years when she visited Baltimore.  Barely a teenager, Walter crossed over into secular music when he was invited to play piano with bands in the Baltimore nightclubs. They would sneak him onto the piano bench at the back of the band stage, a short skinny kid with glasses. When he was 17, Walter lied about his age and enlisted in 1950 in the newly formed U.S. Air Force, right at the start of the Korean War. After completing boot camp in Cheyenne, Wyoming, Walter was stationed first in Minnesota, then in Morocco in North Africa. In Morocco, he formed a band made up of other servicemen that performed on the weekends for different Officers Clubs, mostly playing jazz. Walter also had a radio show in Casablanca called The Blue Light, where he delved deeply into jazz, particularly bebop, a more expressive form that was growing in popularity among Black musicians.  After he left the service in 1955, Walter used the G.I. Bill to immediately enroll in the Berklee School of Music in Boston, where his classmates included the young Quincy Jones. While he was in Boston, Walter fell in love with a nursing student named Helen Kindle, who originally hailed from Thomaston, Georgia. Within three years they were married—the start of an intense, fruitful bond that endured over the next 63 years until Walter's death. They had three children: Adrienne, an engineer and pediatric echocardiographer; Nicholas, a Pulitzer Prize-winning journalist, New York Times bestselling author or co-author of 20 books, and a journalism professor at University of Georgia; and Angelou, an attorney and prominent environmental activist and social entrepreneur who created the Greening Youth Foundation, a multi-million-dollar nonprofit with offices in the U.S. and West Africa. In the midst of Walter's music career, he and Helen opened a record shop/bookstore in Jersey City, New Jersey, called The Magic Id, which became a gathering place for musicians, activists, Black Panthers—and anybody looking for the warm, loving atmosphere provided by Helen. After retiring from music in the late 1970s, Walter turned his entrepreneurial instincts to real estate and other business endeavors. In 1990, Walter and Helen decided to move south to Atlanta, which they called their home for the next 31 years. Walter soon found his way back to music, serving for 29 years as the beloved minister of music for the Shrine of the Black Madonna Church. Walter is preceded in death by his parents and his siblings Odea Jr., Marjorie and Leonard and his granddaughter, Zenzele. He is survived by his wife Helen and their three children, Adrienne (Wilhoite), Nicholas, and Angelou (Ezeilo); his sisters Betty Golden, Marian Deadwyler, Juanita Sanders, and Gloria Lennon; grandchildren Maia Cogen, Imani Cogen, Mazi Chiles, Miles Ezeilo, Mari Chiles, Cole Ezeilo, and Lila Chiles; great-grandchildren Riley and Tristan; and a host of loving cousins, nieces, nephews, grandnieces and grandnephews.

Send flowers to the service of Mr. Walter Lee Chiles