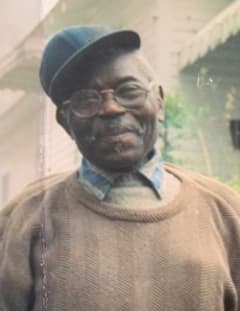 Mr. Walter Lee Smith was born on August 23, 1925 to the union of Lula Bell and Jimmy Lee in Roanoke, Alabama. He moved to Atlanta, Georgia in the early 1960’s. Walter accepted Christ at an early age and was baptized at Sweet Home Baptist Church. He married the love of his life, Annie Lou Smith in 1947 in their hometown, Roanoke, Alabama. Upon moving to Atlanta, Georgia he started attending Greater Moses Baptist Church where he became a Deacon and was apart of their male choir. In Atlanta, Walter worked several years at Harts-Field Atlanta Airport (Dobbs House). He also worked for The Cotton Mill in the late 1970’s. After working several years for Harts-Field Atlanta Airport (Dobbs House) and The Cotton Mill, Walter spent 35 years self-employed doing landscape work. Walter was always a family man. He not only raised his kids, but he raised several of his grandkids in a nice big home on the block of Boulevard and Delmar Ave. There was not a Christmas that went by where he did not make sure his kids and grandkids were given stockings full of candy canes, walnuts and fruit. Every weekend Walter would spend time playing his vinyl record player. Playing some of his favorite music artist, which included: BB King and Bobby “Blue” Bland. Walter was greatly known for his “famous” peach pies and homemade biscuits. Walter was a strong, fearless and outspoken man. Walter Lee Smith was called home on Friday November 8, 2019. He was proceeded in death by his father, Jimmy Lee; his mother, Lula Bell; his daughter, Betty Cunningham; his sister, Francis Smith; and two brothers John Smith and Rufus Wilks. Walter is survived by his loving wife, Annie Lou Smith; two daughters, Shirley Smith and Annie (Terry) Watkins; one son, Danny Smith; sister-in-law, Emma Gray; brother-in-law John Gray; eleven grandchildren, seventeen great grandchildren, six great great grandchildren, nieces, nephews and a host of other relatives and close friends.

Send flowers to the service of Mr. Walter Smith