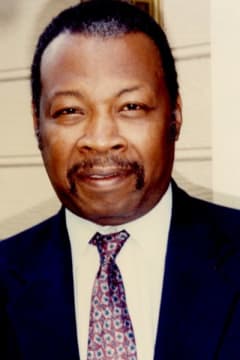 Waymon Douglas Norwood Jr. was born on May 20, 1942 in Jesup, Georgia to the late Waymon Douglas Norwood Sr. and the late Maxine Murphy Norwood. He died at the age of 79, on July 27, 2020 at St. Joseph Hospital in Atlanta, Ga due to complications from the corona virus. He was preceded in death by one daughter, Dianna Jones-Henson and one great grandchild, Karson Butler. He is survived by his wife of 38 years, Jessie Cloud Norwood and one biological daughter, Wynetta Norwood. Other children include, Roxanne Butler, Jolora Jones and Linda Hawkins. He also leaves to mourn his death his biological grandchildren, Wyae Stewart and Sincere and Loyal DeLeon. Other grandchildren include, Kenny Butler, Jr. (Kenshimar), Ashlee Butler, Kelvin Butler, Jamese Swinney, Jano Jones (Chanel), Chaslyn and Sadiedra Hawkins and ten great-grandchildren. Douglas was the oldest of nine children. His siblings includes: Anthony Norwood (Jessie), Sandra Norwood Marshall (Ernest), Tory Felder, Charlene Norwood, Onzelle Way (John), James Norwood, Darnell Norwood (Louella) who preceded him in death, and Gregory Norwood (Charlotte). He also leaves to mourn his death, a host of nieces, nephews, cousins, and other relatives and friends. Douglas received his formal education in Jesup, Ga at Wayne County Training School graduating in 1959. Upon graduation he briefly attended Morristown Tennessee Junior College and then enlisted in the US Air Force. After completing his tour of duty, Douglas joined the US Navy. After his honorable discharge from the Navy, he completed 3 years of college and technical school as an aviation electrician, and instrumentation Tech A&B School. He completed Diesel Engine and Turbine classes at General Motors and obtained first-class FCC license. Douglas took Department of Labor classes in management and labor laws, as well as basic and advanced courses in contract negotiation, pension, leadership and benefits at the IAM Winpisinger Center. Douglas was employed at Lockheed-Martin for over thirty-five years. He worked as an electrical and electronics installer; an electrical checkout mechanic; logistic support analyst; and a flight line/test electrician. He represented Local Lodge IAM 709 as a delegate the Atlanta-North Georgia Labor Council, where he served on the Executive Committee, the Human Resource Committee, the Political Action Committee, and as Vice President. During his employment at Lockheed-Martin, he was elected to three terms of office on the Senior Negotiation Committee for Local Lodge 709. He served twenty-five years as a shop steward and three years as a shop committeeman. He retired on June 30, 2014. Douglas was also active in the community. He worked for the Atlanta Urban League on a demonstration project for the US Department of Labor. As project manager on a job that included rehabbing and bringing up to code housing for elderly and low income individuals, he worked with more than sixteen union journeymen to provide training and guidance to over 100 young men and women who were allowed to participate in the program for up to one year. Several of those individuals were accepted into union apprenticeship programs. He actively worked with several other community organizations, including the DeKalb NAACP. He was elected as at-large member of the Executive Board Committee and as chair of the Labor and Industry Committee. He was awarded Certificates of Accomplishment from Federal Mediation and Conciliation Services; service awards from The Urban League, Lockheed-Martin, DeKalb County CEO, Thurgood Marshall Award, Beecher Hills Elementary School, and many more. Last year, he received the Herbert H. Mabry Lifetime Achievement Award from Georgia AFL-CIO at its labor awards banquet. Douglas’ children and grandchildren were the pride of his life. He will be loved and missed but not forgotten.

Send flowers to the service of Mr. Waymon Norwood, Jr