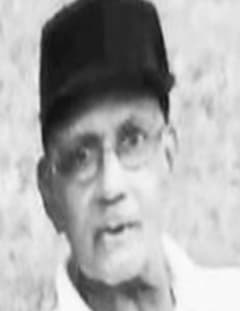 Mr.William Alfred Porter was born on October 4, 1935 in Milledgeville, Georgia to the late Rev. Richard H. and Margaret Porter. He was preceded in death by an older brother (Richard) and a younger sister( Margie). Mr. Porter was simply called "WA" by those who know him.

WA was educated in the Atlanta School System and attended Walker Street Elementary and E. P. Johnson Elementary School. He Graduated from David T. Howard High School in 1954. He then enrolled in Morris Brown College.

WA was fun -loving person who enjoyed life and treated those around him with kindness and friendliness. He was a living example of the SECOND GREATEST COMMANDMENT- he really loved his neighbor as he loved himself.