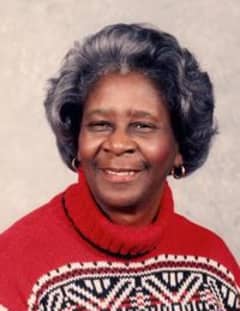 Mrs. Betty Anne Williams Banks was born January 15, 1938 in Griffin, GA. She was the youngest of seven children born to the late Mr. Homer Williams and Mrs. Wille Maude Williams. She attended school in Griffin, GA. and graduated from Fairmont High School. She accepted Christ at an early age and became a member of the Rising Star Baptist Church in Griffin, GA. She later became a member of Corinth Baptist Church in Rover, GA. After high school she moved to Toledo, Ohio and worked there briefly. She returned home and married James Banks on October 20, 1957. There were three children born to that union Alma Chiquita, Anothony Carl and Anita Carol. Anthony and Anita Preceded her in death. She later joined the New Springfield Baptist Church. She faithfully served on the Usher's Ministry Number 1 until her health failed. She also served as a past President of this ministry. She worked for the United States Postal Service for 42 Years . She retired in 2007. She Loved to travel the world with her husband. She attended all family reunions and events that her grandchildren were involved in. She also dearly loved her husband, children and grandchildren. Betty Leaves to Mourn her passing her husband of 58 years, James and her oldest daughter, Alma. she also leaves grandchildren, Antonnio Mackey, Brittany Banks, Justin Johnson, Jacoby Williams, James McWhorter and Todd Small, Jr., four great-grandchildren and a host of nieces, nephews, cousins, other relatives and friends. Grissom-Clark Funeral Home 404-373-3191 www.grissom-clarkfh.com

Send flowers to the service of Mrs. Betty Williams Banks