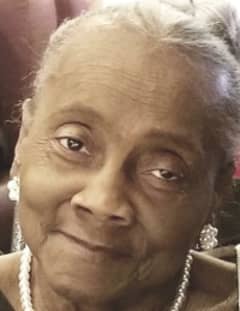 Mrs. Mary Clayton passed. Celebration of Life will be held Sat., Dec. 15, 11:00 am at Sylvester Baptist Church 2261 Bouldercrest Rd. interment will follow Resthaven Garden of Memory, Remains in state at 10:00 am.

Mary Alice Grover Jones Clayton was born December 9, 1932 in Phenix City (Lee County), Alabama, to the late Willie and Nellie Weaver (Grover). She was the middle of three children and accepted Christ at an early age. Due to a bicycle accident when she was a child, she was hospitalized and remained in long-term care for 7 years in The Medical Center of Georgia. Despite all the adversity she faced, she kept going.

She graduated from William H. Spencer High School in Columbus, GA in 1956. She later attended Blayton College where she received a diploma in secretarial studies and later advanced her career with a certification from Atlanta Area Tech in 1975 in Key Punch. Upon arrival to Atlanta, GA, she worked at the Goodwill and sold world books. She later landed a job at Southside Healthcare in 1969 where she remained for 27 years as a PBX operator and retired in 1997.

During her years as a former member of Center Hill Baptist Church, under the leadership of Rev. J.C. Smith and later Pastor Wayman A. Martin Sr., she taught Sunday school and served in various capacities around the church. Mary was a loving, caring, and unique individual. She consistently made it a habit to put the needs of others before her own. Known best for her very strong spirit, she was an inspiration to many. After retirement, her enjoyment was spending time with family, especially her grandchildren. She knew every birthday and anniversary. She always made sure the grandchildren had Easter eggs, letters of encouragement, and recognition.

She was preceded in death by her parents, siblings Izora and James, nephew Willie James, and grandson Xavier Morgan.

Send flowers to the service of Mrs. Mary Clayton