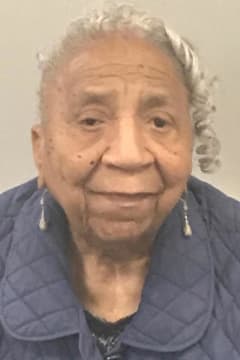 In profound sorrow we announce the passing of Mrs. Willie Rose Snipes on May 1, 2020. Her remains were shipped to Mitchell- Josey Funeral Home, 612 S. Main Street Darlington,SC 29532 the telephone number is 843-393-9682. ~The Life of Willie Rose Coleman Snipes~

Rose shared her memories of walking miles to her school in Society Hill, with a hot sweet potato to keep her warm. She and her family worked on farms, picking cotton and tobacco. Her talent for accounting and keeping track of money was helpful to her father as she was growing up. In the third grade, she became friends with Rochester “Jack” Snipes who would later become her husband. She also developed a personal relationship with Christ and joined Bethesda Baptist Church.

Rose graduated as salutatorian in Rosenwald High School’s Class of 1949. Her future husband, Jack, graduated the same year as the class valedictorian. Rose was fortunate to attend South Carolina State College and graduated in 1953 with a major in Home Economics. That year, Jack was honorably discharged from the army after serving in the Korean War. He returned to South Carolina where Rose and Jack married before honeymooning at Coney Island in Brooklyn, New York.

Rose and Jack spent the next 48 years in Brooklyn, adding daughter, Tess, and son, Timothy, to the family. Rose had a variety of jobs before becoming a social worker for the City of New York. Her last position, before her retirement, was at Brooklyn’s Kings County Hospital where she enjoyed interacting with new patients. While living in New York, Rose was a safe harbor for family and friends migrating to or passing through New York. Always highly intuitive, whenever Rose dreamed about fish, shortly thereafter someone in the family announced a pregnancy. In later years, Rose was a resource as she and her siblings cared for their mother, Elzena, during her battle with cancer.

Rose and Jack partnered with their classmates and friends, Marie and William “Billy” Swiney, to facilitate the biennial Rosenwald High School Reunion. Rose served as the treasurer for as long as she was able to do so. She attended every Rosenwald Reunion until 2018.

Upon retirement, Rose and Jack moved back to Society Hill, acquiring and refurbishing her mother’s home. They renewed their membership at Bethesda. Faithfully attending Sunday School and church services, Rose became a deaconess, helping to prepare communion and serving the church. She also joined the Eastern Stars. She loved being back in Society Hill in the midst of family and friends.

Rose lovingly cared for Jack when he developed Alzheimer’s Disease until he passed away in 2008. Later that year, Rose relocated to Georgia to live with her daughter, Tess. She regularly attended church until her mobility became to limited to attend outside of her residence. While in Stone Mountain, she joined the Lou Walker Senior Center, attending computer classes and taking piano lessons. She became a regular at the buffets, including Golden Corral, Green Manor Restaurant and Blue Willow Inn. She ventured out on a memorable cross-country road trip with Tess, Barbara Ann Swinney and Sarah Perkins, traveling by van to and from Las Vegas. After moving into assisted living, she loved going to the visiting church services, playing BINGO, creating artwork and monitoring the goings and comings of her fellow residents at Arbor Terrace at Cascade in Atlanta. She moved from Arbor Terrace to Sunrise Senior Living in Decatur, GA where she joyfully celebrated her 90th birthday.

Please continue to keep this family in your thoughts and prayers.

Send flowers to the service of Mrs. Willie Rose Snipes