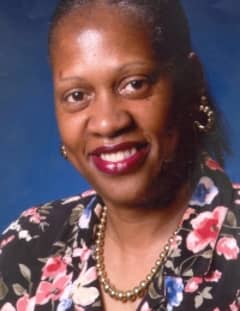 “To everything, there is a season, and a time to every purpose under the heaven” Ecclesiastes 3:1

A Time to be Born Gloria Ann Driskell-Mack was born Monday, December 9, 1957 in Atlanta, Georgia. Her birth was a blessing to her mother, Mattie Kendrick-Driskell, and her father the late Harvey Driskell. She was the youngest of her three siblings.

A Time to Build As a child, Gloria attended Allen Temple A.M.E. Church in southwest Atlanta with her family. At Allen Temple A.M.E. she was baptized by Reverend John A. Middleton at an early age. As an adult she joined St. Phillip A.M.E. Church. In 2008 she transferred her membership to New Piney Grove Missionary Baptist Church alongside her mother. At New Piney Grove Missionary Baptist Church she was an active member of the adult Bible study class and later the Senior Ministry.

Gloria’s education began at Atlanta’s historic Wheat Street Baptist Church School on Auburn Avenue. While enrolled at Wheat Street, she enjoyed taking part in school plays and other productions that allowed her to showcase her singing and acting talents. She was later educated in the Atlanta Public School system, first attending Thomas Heath Slater Elementary School. She was a member of 1975 class of Southwest Atlanta High School (skipping to 10th grade). Gloria enjoyed sports. In elementary school she was a member of the track team and in high school was member of the softball and tennis teams. After graduating from high school, she enrolled in DeKalb Junior College, now known as Georgia Perimeter College. It was there that she realized her calling and focused her studies on nursing.

A Time to Heal Her first job after college was at Shallowford Hospital. She later served on the nursing staff of the Spelman College Infirmary for three years under the supervision of her aunt, Amelia Kendrick, the Infirmary’s lead nurse. In 1990 she began her journey of employment with Emory University working in medical intake at its Wesley Woods Rehabilitation facility. After a brief stint in Hawaii working for Kaiser Permanente, she returned to the Atlanta area and resumed employment at Wesley Woods where she cared for those making their transitions from hospital to home. In 1999, she began to work at Emory University Hospital. Her work there centered on kidney and liver transplant patients. Throughout her career, patients and their families frequently commented on the level of care that Gloria provided, which was beyond reproach. She prided herself in providing each person she cared for with an extraordinary level of dignity and respect regardless of their social status, their illness or life circumstances. Her caring spirit extended into a new realm in 2011 when she enrolled in the Gupton-Jones School of Mortuary Science. While a student there she trained at the Gregory B. Levett Funeral Home in Decatur. Gloria was excited about this new calling on her life. She saw being able to help families celebrate the life of their loved ones during their times of need as an honor. Her plans included starting a funeral home with her niece upon graduation; however, her health began to decline prior to the completion of her training.

Send flowers to the service of Mrs.Gloria Ann Driskell