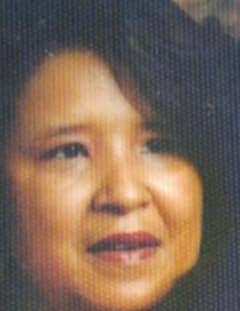 Mrs. Evelyn Sheila Carter Pearl, On December 23, 1947 in Boston Massachusetts, a beautiful daughter was born to Zamora Perry Palmer and Benjamin Carter. She was affectionately named Evelyn; she had three brothers, and one sister. Her family later moved to Baltimore, Maryland, where she attended Sollers Point High School. After graduation, she matriculated at the Community College of Baltimore with a focus in Business Administration. She married her sweetheart, the late Mr. Robert Pearl Sr., and from that union were born four children. Later in life, she gave birth to her youngest son Kristopher Morgan. Evelyn Pearl was the Den Mother to all of childrens friends; her house was warmly known as the gathering place for all to feel welcomed, and at home.

Evelyn Sheila Pearl joined the ranks of the United States Navy on June 2, 1979, where she proudly served as a Yeoman Petty Officer First Class for 16 years. During her tenure, Evelyn received several honors, medals, and commendations for her distinguished service. Due to medical reasons, she was Honorably discharged.

Evelyns pass time loves were sewing, crafting, and cooking. Lasagna was her specialty, but her homemade rolls were a coveted delight during the holiday season. Her favorite sport to watch was undoubtedly tennis, and her two favorites --Venus and Serena Williams. Her favorite song was befittingly Diamonds and Pearls by Prince. Evelyn enjoyed reading romance novels, and she was an avid history buff; she had seen most, if not all, war movies ever produced several times over. The Kindle Fire tablet must have been created especially for Evelyn Pearl; she absolutely loved her Kindle Fire; they were practically inseparable--even up to her last hours on Earth.

Send flowers to the service of Ms. Evelyn S. Pearl