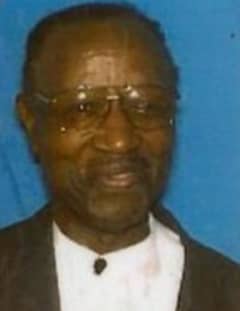 Raphael Ray Harris, Sr. was born on January 11, 1928 to Cleveland Harris and Alberta Ross Harris in Hogansville, Georgia. Upon the death of his father, Ray left school at an early age to support his family. In 1946, he met and married Lola Inez Gay, and they became parents to Willie Jo. After struggling to find stable work in Hogansville, Ray moved to Atlanta, Georgia for better opportunities. He soon secured

In July 1949, Raphael married Mary Elizabeth King and adopted her son, Jimmy. Ray and Mary Elizabeth had 6 more children. He was married to Mary Elizabeth until her death in 1999. Murdock Hennis Trucking eventually became Spector Red Ball, and he was employed for this company for 30 years. In 1982 (at age 54), he accepted early retirement as the company ceased operations.

Raphael cherished his family and was instrumental in implementing the biannual Harris Family Reunions which commenced in the early 1990s. He was also passionate about square dancing and was an active member of the Mahogany Spin Tips. He journeyed to square dancing competitions in several states, including Georgia, Florida, and California. The group often came in first place and received many trophies and ribbons. He also regularly attended the Senior Center and participated in line dancing and multiple activities. He enjoyed dancing, visiting sick and shut-in members of the church, monthly breakfast/lunch meetings with friends, and was an avid season ticket holder for the Atlanta Braves.

Send flowers to the service of Raphael Harris, Sr.