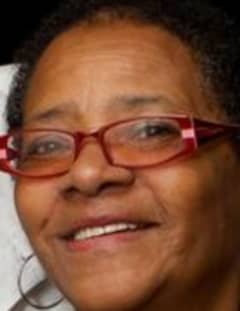 Theresa Walker was born Theresa Sheridan March 19, 1945 in Chicago, Illinois and raised in Gary, Indiana. She graduated from Tolleston High School and attended Ball State University, in Indiana. Theresa worked for 8 years as an administrative assistant for the Gary Public School System before meeting and marrying Lou Walker, a business owner and former Chicago police detective. Theresa had one son from a previous marriage and Lou Walker had three children, also from a previous marriage. The Walker family moved to the Atlanta area in 1976. While Lou Walker became an actor and local business owner, Theresa started her career in public relations at Six Flags over Georgia. She went on to work for The Atlanta Chamber of Commerce and Cohn & Wolfe Public Relations, where she worked on such prestigious campaigns as Maxwell House and the 1984 Olympics in Los Angeles. In the mid-80s the Walkers became entrepreneurs, starting Paragon Productions, a public relations and marketing firm that became very prominent in the metro Atlanta business and political communities. In 1997, the Walkers went on to co-found the Georgia Black Chamber of Commerce, a group providing advocacy for minority owned businesses. Theresa Walker retired as Executive Director in 2009. Theresa helped her husband in his successful bid to become a DeKalb county commissioner and worked behind the scenes as he served South DeKalb County. After Lous death in 2004, Theresa carried on their commitment to public service, working with the Greater Towers Community Association, The Lou Walker Senior Center and many other organizations. Even in retirement she served as a consultant and mentor to many public servants and business people.

Send flowers to the service of Theresa E. Walker