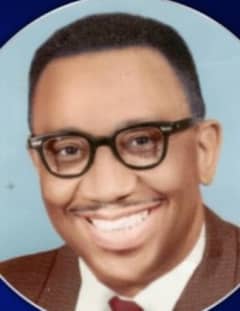 Webster defines “Builder” as “one that builds; especially one that contracts to build and supervises building operations.” Any mere Builder should have total familiarity with the tools of his trade. But a “Master Builder” uses his tools with such precision and skill that only his creations will stand the test of time. The foundation is solid, the frame weatherproof, and the roof guaranteed.

A Master Builder…helps others realize their dreams, fixes things that are broken, and replaces shattered images with windows to view an outside world that unlocks days of emptiness for those who are confined.

A Master Builder…shares his successes and failures, joys and sorrows, so that future generations will have a blueprint from which to start.

A Master Builder…does not follow where the path might lead but goes instead where there is no path and leaves a trail.

This is the life of one such Master Builder…a brother to one, father, uncle, grandfather or great-grandfather to many, many others…Zeno W. St. Cyr, Sr.

Zeno Wesley St. Cyr, Sr. was born on August 8, 1922 in St. Louis, Missouri, to the union of New Orleanians Johnny St. Cyr, a famed musician who performed with Louis Armstrong’s band, and Augustine Moore, a noted musician in her own right who was an organist for several United Methodist Churches in New Orleans. He was the eldest of his siblings with a beloved sister, Rosemary, residing in Houston, Texas, and three deceased brothers, Joseph, Freddie, and Sylvester. He also was preceded in death by two revered half-brothers, John and James, and a half-sister, Mary Louise.

His foundation was laid in New Orleans, Louisiana, in a spiritual upbringing at Wesley United Methodist Church and an educational beginning at Daneel Elementary School. That foundation was fortified at Gilbert Academy, a private school for Negro children operated by the Unit4ed Methodist Church. He continued to grow in Christ at Wesley and more recently at St. Luke’s Episcopal Church, where he joined with a band of Christian believers and served in several capacities and positions.

Zeno was a teacher by profession. He retired from the New Orleans Public School System after a distinguished career that included helping to reinvigorate the New Orleans Teacher’s Union (UTNO), where he served for many years as Second Vice President. During his tenure, UTNO increased membership from around 100 members to over 1,000. St. Cyr, Sr., also taught at Sidney P. Collier Trade School and served as Director of Algiers Trade School, which principally focused on automobile mechanics. He was a charter member of the Greater New Orleans Industrial Arts Association, a charter member of the Louisiana Teachers Union, and served many times as a delegate to the Louisiana AFL-CIO. He worked tirelessly on various civil rights causes of the time to include integration of the tennis courts at public parks in New Orleans. Affectionally known as “Chief” by many of his former colleagues and pupils, they continued to keep in contact with him for guidance, knowledge, and friendship.