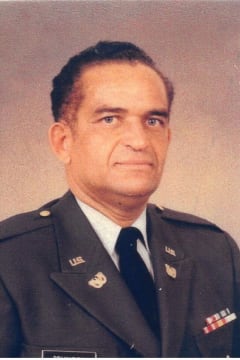 Carl was loved and respected by all who knew him for his selfless commitment to family, colleagues, friends, and community. He began working to support his family at the age of thirteen and entered the United States Army in 1950 at the age of seventeen. He was among the first group of active-duty warrant officers, and the first Air Defense Artillery Warrant Officer, to be promoted to the then newly established rank of Chief Warrant Officer 5. Throughout the course of his long and distinguished career, he was a leader and adviser to hundreds, a mentor to many, and a friend to all.

In 1995, Carl retired after 45 years of military service. He and Barbara settled in Martinsville, fulfilling her longstanding desire to return to her hometown. Active in his community, Carl was a member of American Legion Homer Dillard Post 78 and a substitute teacher for the Martinsville City Public Schools and the Henry County Public School System. A devout Christian, Carl was also a longtime active member of First Baptist Church of East Martinsville, where for 20 years he served as a Sunday school teacher, usher, and on various boards and committees until his health declined.

For Carl, obstacles and adversity were simply challenges to be overcome, and he negotiated them with an unfailing sense of optimism, determination, and positivity. He possessed an unshakeable belief in the power of education to transform and uplift, especially when embraced with an open heart and open mind. Ever curious, good-natured, and exuberant, he lived his life to the fullest, and we gather today to celebrate that.

Services will be held 12:00 p.m. Saturday, May 21, 2022 at First Baptist Church East Martinsville (1043 E Church St, Martinsville) with burial following at Roselawn Burial Park (103 Clearview St, Martinsville). In lieu of flowers, the family requests that contributions be made in his name to the American Legion Homer Dillard Post 78 (PO Box 342, Martinsville 24114).

Send flowers to the service of Carl Henry Johnson