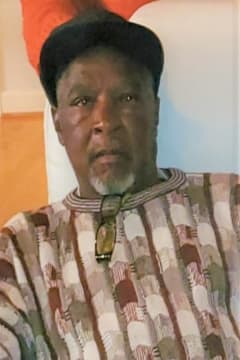 Obituary For George A. Holland

George A. Holland, 68, of Village St., Martinsville, VA, departed this life on Wednesday, August 4, 2021, at SOVAH Health-Martinsville. He was born in Martinsville, VA on November 24, 1952, the son of the late Alex Holland, and the late Dorothy Louise Scales.

In addition to his parents, George was preceded in death by three brothers, Charlie Holland, Frank Holland, and Harry Holland.

George attended Martinsville High School. Before becoming disabled, George was a automechanic. He was a United States Army veteran. He was a member of Mt. Sinai Apostle Church, where he served on the Usher Board.

Funeral services will be held on Friday, August 13, 2021 at 1 p.m. at Mt. Sinai Apostle Church with Bishop J.C. Richardson, Jr., Eulogist. A visitation will be held on Friday at the church from 12:30 p.m. until the time of the service. Burial will follow at the Flat Rock Primitive Baptist Church Cemetery, 5975 Dyer Store Rd., Martinsville, VA. A public viewing will be held on Thursday, August 12, 2021 at Hairston Funeral Home between the hours of 1 p.m. until 5 p.m. In accordance with the CDC, a face covering, and social distancing is required. All other times, the family will be receiving friends at the home of his sister, Annie Holland Mahan, 106 Village St., Martinsville, VA.

Send flowers to the service of George A. Holland

Honor the life of George A. Holland