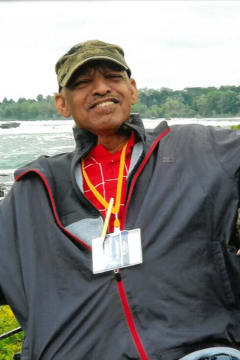 Larry Darnell King, 71, of Cardinal Lane, Martinsville, VA, departed from this life Thursday, May 19, 2022, at his residence. He was born in Virginia to the late James Walter King, Sr., and Thelma Williamson King.

Larry retired in Connecticut and after continued to be employed at Walmart. He was a member of Pilgrim Missionary Baptist Church in Martinsville, VA. In his free time, he enjoyed traveling and watch westerns and Star Trek.

A graveside service will be held, Wednesday, May 25th, 2022, at 1 p.m. at Carver Memorial Gardens, Martinsville, VA with Rev. Dr. Eric Hairston, Eulogist. Viewing will be held on, Tuesday, May 24, 2022, at Hairston Funeral Home between the hours of 1 p.m. to 5 p.m. In accordance with the CDC, a face covering, and social distancing will be required.

Send flowers to the service of Larry Darnell King