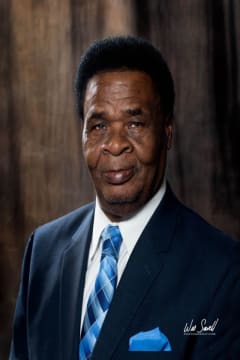 It is with great sadness and a profound sense of loss that on behalf of Harrington Funeral Home Inc., we announce the passing of a gentleman who fully appreciated the responsibilities, as well as the privileges of citizenship.

Councilman Vickers was born July 2, 1942, to the late Jesse and Mattie Vickers in Valdosta, Georgia where he received his elementary and high school education from the Valdosta City School System. He was an active member of the River Street Church of Christ. He was elected to the Valdosta City Council for a one-year term in 1985.

He continued to be a faithful public servant for the citizens of District 3. His proudest accomplishments as a local elected official were facilitating the paving of more than twenty-six miles of dirt streets and spearheading the efforts to establish a housing program in the city. There were many other important efforts in which Councilman Vickers was involved, and he strived every day to serve the citizens of his district and throughout the entire city. He found it gratifying to work with and help people. His philosophy was summed up in these words: “Service can be given wherever there are people.”

Councilman Vickers was a member of numerous community organizations to include founding and serving as President of the Black Community Action Group. He founded the Valdosta Youth Voters League in 1968, served as Co-Chairperson of the Valdosta Housing Task Force during 1974, organized the 3rd District Community Association, and previously served as the Vice-President of the Valdosta-Lowndes Chapter of Habitat for Humanity. In 1970, he served on a committee to help settle a walk-out at Valdosta High School and in 1972 called a meeting of Valdosta Citizenry and elected officials to provide bus transportation for students of the Valdosta City School System. In 1985, he was a founding member of the Valdosta-Lowndes County MLK Commemoration Committee. He continued to actively serve in the organization and became President of the Association in 1992. He was a member of the National Association for Advancement of Colored People, the Legislative Black Caucus, and the Georgia Association of Black Elected Officials.

Councilman Vickers received numerous accolades for his significant contributions to his community. In 1993, he was presented the Humanitarian Award by the Alpha Gamma Gamma Chapter of Omega Psi Phi Fraternity, the Award of Appreciation in 1993 from Macedonia First Baptist Church, and was presented a Lifetime Honorary Membership in the Valdosta-Lowndes County MLK Commemoration Committee in 1985. Other recognition he received includes the Macedonia Image Award presented to him in 1995 by Macedonia First Baptist Church, the 1996 Humanitarian Award by the Valdosta-Lowndes County Dr. Martin Luther King, Jr., Commemoration Association, and the 2007 Award for Exemplary Community Service presented by the 100 Black Men of Valdosta. He also received in 2007 the Award for Notable and Outstanding Service in the Community presented by First Antioch Missionary Baptist Church and was recognized in 2009 by the Kill-Me-Quick Community for his support of the Westside Archives.

He owned and operated several business enterprises from 1968 and on. His business and occupational ventures included a grocery store, bus service, service center, Assistant Plant Manager at Chemical Specialties, and owner and operator of Vickers Motors and Vickers Painting Contractors.

His memories will be deeply cherished by a host of nieces, nephews, cousins, caring friends and church family. He was an inspiration to so many people in the community.

Special thank you to Cynthia Copeland for taking care of our father and standing in the gap when needed.

Funeral Services to honor and celebrate his fruitful life will be held on Sunday, June 26, 2022 at 3:00 PM from Woodlawn Forrest Church of Christ - 1515 Barack Obama Blvd, Valdosta, GA.

Vickers Family, as well as the citizens of Valdosta, on behalf of Mr. Antonio D. Harrington Sr., the Harrington family and the entire staff, we extend our deepest condolences, and we thank you for entrusting us with your loved one. May the blessings of the Lord keep you is our prayer.

The Home of the Morticians - “We're Not Just a Funeral Home, We're A Family Serving Your Family"

Send flowers to the service of 🕊 Councilman Joseph "Sonny" Vickers - 79