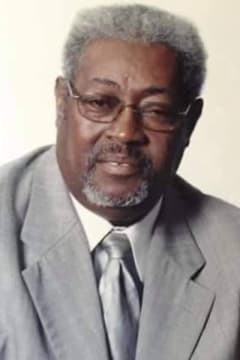 Obituary for Reverend Luther B. Robinson (77)

But they that wait upon the Lord shall renew their strength; they shall mount up with wings as eagles; they shall run, and not be weary; and they shall walk, and not faint." - ISAIAH 40:31

Reverend Luther B. Robinson, age 77, of Valdosta, GA, exchanged time for eternity as he gained the wings of a dove, and flew away to be at rest on Sunday, January 3, 2021.

His Life Story: Luther B. Robinson was born to the late Deacon Willie B. and Bertha Thomas Robinson. The youngest of four siblings.

In 1992-1993 life’s journey sent him to Homestead, FL after Hurricane Andrew to work in the Everglades (God’s preparation time). He and some of his co-workers began to visit a church on 37th Street in Miami, FL. Pastor Kenneth Dukes. They attended all services, to include, Bible Study, Sunday School and Worship Services. This gave a new insight of God’s word for them. Luther received his license to preach in 1994, and in 1998 elected as the Eleventh District President. Unfortunately, he resigned in 2007 due to failing health. He was the Vice Chairman of the Western Division Union of the South Georgia Association for five years.

In March 1996, he carried on as pastor and was eventually called as pastor, of Shady Grove Baptist Church until 2010. Luther was highly active in the Union Association, 11th District and State Convention until his health began to fail which caused inability to travel long distances. Luther attended Lowndes County Schools which included: Bemis Elementary, Mt Zion, Well Miller in Bemis and Westside.

His work ethics began as a baker at a donut shop for four years. Moving on to become a carpenter and there he found the love to build. He built houses for 10 years before joining A-1 Construction doing commercial work for 17 years. He decided to venture out on his own for 10 years until he retired in 2004 due to failing health. Within these 27 years, he traveled to many places and went from building FHA homes to working on military bases in Georgia, Florida, and South Carolina.

It is with careful thoughts and consideration, Reverend Luther B. Robinson’s loving family will celebrate his life on Saturday, January 9, 2021 at 2:00 PM from the Southview Cemetery (2065 Clay Road) Valdosta, Georgia. Pastor Ronnie Brinson, Presiding and Reverend Dr. Joe Troupe, Officiating.

Reverend Luther B. Robinson was a true and hard fighting solider, who loved God, family and people. Take your rest, until we meet again.

Due to the pandemic, the family will not receive friends at the residence for repast. We thank you for your understanding as well as your cooperation during these difficult times.

Final Care and Compassionate Services are being provided to the Robinson Family by Harrington Funeral Home Inc; Valdosta Georgia.

Send flowers to the service of Reverend Luther B. Robinson (77)

Honor the life of Reverend Luther B. Robinson (77)