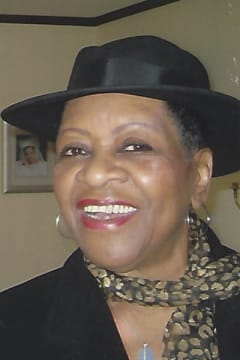 Mother Dorothy Ann Lindsley Lyons affectionately called, Dorothy Ann, Mother, Dot, Aunt Dorothy and Gran-Gran, departed this life on Monday, May 11, 2020, at her home in Clinton, MD to enter into her Eternal Home. She was born to the late John and Maggie Lindsley on December 23, 1933. She was preceded in death by her husband Ernest E. Lyons Sr., her brother Charles Lindsley, her sister Mary Elizabeth Lindsley and her sister-in-law Elizabeth Lindsley.

Mother Lyons was educated in the Nashville Davidson County School System, attending elementary school in the Hopewell Community of Old Hickory, TN, and middle and high school in Nashville, TN. She attended Mae’s Beauty School graduating in June 1955 and became a licensed beautician and worked in several beauty shops throughout Nashville. She later attended Nursing School at Nashville General Hospital and graduated in 1978 when she became a Nurse (LPN) and was employed with the Hospital for eight years before relocating to Maryland. Upon her relocation, Mother Lyons subsequently worked for the next 30 years in Nursing Homes in Clinton, MD and Fort Washington, MD until her retirement.

Dorothy professed her life to Christ at an early age and united with First Baptist Church Hopewell, where she became an active member singing in the choir. When she relocated to Maryland, she united with Antioch Baptist Church of Clinton serving in the Pastor’s Aide Auxiliary and Mothers Board until her illness no longer allowed her to serve.

Family and Friends will be able to watch the services live on the following Links:

There will be a Graveside Service at 12 Noon,Tuesday May 26,2020 at First Baptist Church Hopewell Cemetery, Old Hickory, Tn.

Only 10 People allowed under the tent, everyone else please remain in your vehicles as we are still practicing Social Distancing.

Please keep the Lindsley and Lyons Families in your thoughts and prayers.

Send flowers to the service of Dorothy Ann Lindsley Lyons