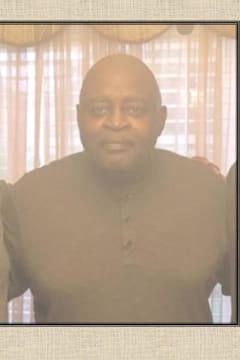 FARRELL A graveside service in honor of Mr. Wesley Sylvester Prince will be held Tuesday December 29,2020 at 12pm at Morefield Cemetery in Hermitage, PA. Mr. Prince was called to his heavenly home on December 22, 2020 at Jameson Hospital, New Castle, Pa. from a brief Illness. He was born October 31, 1954 to Mike Prince and Dorothy Mae Evans Prince. Wesley was a 1972 graduate from Farrell High School, where he was an “4 x Lettermen” in football. Upon graduating, he accepted a position at Penn Power in Transfer, working in maintenance and as a tree trimmer. Wesley retired from Penn Power after 36 years of service. After a year of leisure he worked at UPMC Hospital for 2 years as a maintenance worker and storeroom helper. He enjoyed meeting and conversing with everyone he came in contact with. He enjoyed sports and was a fan of the Pittsburgh Steelers and LaBron James. He enjoyed fishing, watching old sitcoms, listening to jazz and gospel music. He often “made up” his own songs and spent a lot of time taking care of his grand dog and best friend Shadow. He was baptized at First Baptist Church in Farrell as a young man where he sang in the choir and served on the usher board. He later joined Second Missionary Baptist Church in Farrell. He was a faithful servant of the Lord , trustee, superintendent ,Sunday School teacher, member of the Male Chorus and served as a devoted deacon. His favorite Scriptures is Psalms 150 and 1Peter 2:10, letting anyone know about the “Love of God”. He is loved and will be missed by his high school sweetheart, Pamela James Prince, his devoted wife of 41 years; his mother, Dorothy Prince; his children, Carl (Michelle) James, DeMarco (Bridgette) Prince both from Kissimmee, Florida, Diana Prince, Hermitage; his niece, Iesha Prince O’Kane; his nephew, Micheal (Spanky) Archie whom he considered to be his children; his siblings, Larry Prince, Columbus, Ohio, Linda Blue (fiance Michael Lane), Sharpsville, Gloria Campbell (Life Partner Derrick Cianciola), Hermitage; a niece, who was raised with him as a sister, Denise Evans, New Jersey; six grandchildren, Dante, Myia, Emyia, Neille, De’Andre, and Denai; one great grandchild, Jianna; a host of other relatives and dear friends. He was preceded in death by his father and his sisters, Alma Jean Evans and Julia Walker. There will be a visitation on Tuesday December 29, 2020 from 11-12pm at J.E. Washington Funeral Home, 1059 Hamilton Ave in Farrell, Pa.

Send flowers to the service of Wesley S. Prince