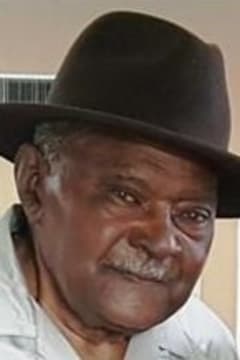 Horace Flournoy, Jr. of Whitehouse, Texas went home to his heavenly resting place on September 14, 2022, at the age of 93. Horace, Jr. was born in the New Bethel community of Flint, Texas on August 27, 1929. He was the ninth born of ten siblings, and one of two children born to the union of Horace and Lebertha Flournoy. His siblings were: T.K. Flournoy, Eloise Dews, Henry Edward Barron, Hattie Reedy, Theodore Flournoy, Phinesse Flournoy, James Barron, Elstein Barron, Gussie Lee Barron and Doris Flournoy-Gross.

Horace was an honor student at Lee Spring Elementary and at Stanton High School. He graduated from Stanton High School as Salutatorian in 1947 and went on to attend Butler College with a major in Agriculture. In 1950, Horace met Dorothy Mae Hale of Gilmer, Texas at New Bethel Church. They were married in December 1950, and from this point on he persevered with determination to achieve great accomplishments for himself and his generations. He took a job at Ideal Bakery in Texas in 1951. In 1953 he loaded up his wife and two young daughters and moved north to Chicago. Horace found work with Ford Motor Company, Curtiss Candy Company, and finally, Chicago Transit Authority, where He remained until he retired in 1987. He drove the bus to support his wife and four children (three daughters and one son: Cynthia, Althea, Horace III and Dorothea) In 1961, Horace was ordained as a Deacon at Williams Temple Missionary Baptist Church, where he served in many capacities, including Deacon, Head Trustee, Chair of the Bus Ministry, picking up children from all over Chicago for Sunday School, Adult Sunday School Teacher and Superintendent, church electrician, plumber, roofer, groundskeeper and many other duties as needed.

In 1987, once Horace retired, he and Dorothy moved back to East Texas and settled in Whitehouse. He has been a Deacon at New Canaan Missionary Baptist Church in Whitehouse, Texas since his return. Horace was honored along with several others by East Texas Ministers in 2011 for over Fifty years of service as a Deacon. He has been a Deacon for over 60 years! Additionally, this past December, Horace and Dorothy celebrated their 71st wedding anniversary! Their 70th anniversary was documented in the Tyler Texas local newspaper and received a proclamation from the State of Texas.

Horace’s mother, father, each of his siblings and his beloved daughter, Dorothea Larue Flournoy Evans, preceded him in death.

Send flowers to the service of Horace Flournoy Jr.