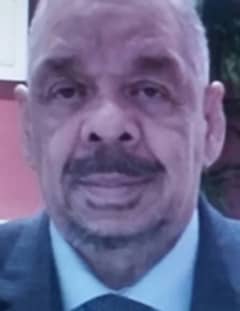 Celebration of life for Mr. Michael Rutherford, 76 of Tyler will be held on Saturday, March 14, 2020 in the Smith-Howard Chapel at Jarvis Christian College in Hawkins. His service will be held at 11am with Bishop David R. Houston serving as eulogist. Burial will follow in Pioneer Cemetery at Jarvis Christian College in Hawkins under the direction of John R. Harmon Undertaking Company.

He was born March 26, 1943 to the late Robert Earl and Doris Palmer Rutherford in Hawkins, Texas. The eldest of four children, he completed his primary education in Hawkins, Texas and then ventured south where he graduated from Texas Southern University in Houston, Texas. His career began in the late 60's when he started working in the Peace Corps, owning and operating Glade Paint and Coatings as well as importing and exporting goods through Europe, Africa and Middle East. Mike spent his last years working in the oil and gas industry of East Texas and Louisiana before retiring peacefully in Tyler, TX in 2012. Mike was also a board member for Jarvis Christian College for 12 years and a longtime member of the Eastside Church of Christ. He was preceded in death by his parents. Those left to cherish his memories are spouse, Lola Pearl Rutherford of Tyler; son, Michael Robert Rutherford of Houston, daughters; Lakeysha Brooks of Georgia and Nikki Rutherford of Houston, brothers; Melvin Rutherford and Ricky Rutherford both of Hawkins, Ivey Rutherford of Forney. He also leaves three grandchildren, other relatives and friends. Public viewing will be held on Friday 2pm-10pm at the funeral home.

Send flowers to the service of Michael Rutherford