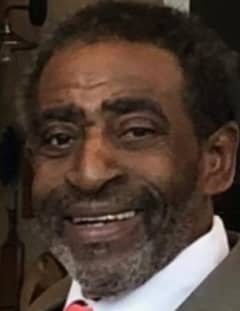 Burial will follow in DFW National Cemetery on Thursday, October 31, 2019 at 12:30pm under the direction of John R. Harmon Undertaking Company. Mr. Bowman was born on November 18, 1949 and transitioned on October 19, 2019. He was a graduate of Brownsboro High School. He was a member of Lone Star Baptist Church. Mr. Bowman retired from Trane after thirty eight years of service.

He served in the United States Army and while his tenure, he served in the Vietnam War. He was preceded in death by his parents, son and three siblings. Those left to cherish his memories are his wife, Bobbye Bowman, Tyler; eight sons, Troy Richard, San Antonio, Bernard Richard, Tyler, Marcus Bowman, Dallas, Tyrone Bowman, Desoto, Tart Everage, Palestine, Nakia Bowman, Northlake, Cedric Bowman and Kendrick Bowman both of Tyler; daughter, Amy Hollins, Arlington; five brothers, four sisters and a host of grand and great grandchildren.

The wake will be held on Saturday 7pm-8pm at the funeral home.

Send flowers to the service of Vertis Bowman