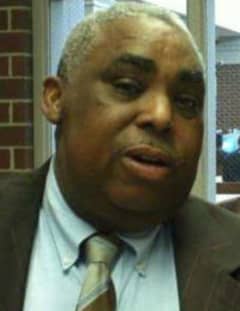 John Ben Burgess, Sr. was born on March 25, 1949 to the late Otis Ben Burgess and Hazel Cureton Burgess. He went to be with the Lord on September 27, 2018. He was the husband of the late Lynn Kaye Burgess.

Mr. Burgess was employed with District Six School System. He served in various areas from 1976 to 2009, until his return in 2013. John enjoyed his career in education that included working on Special Education, Assistant Principal of Fairforest Middle School and Dorman High School, a Substitute Teacher and as the In School Suspension Instructor.

Pastor John B. Burgess was the pastor of Hunger for Hope Ministries in Spartanburg, SC. “Gentle Ben” impacted the lives of many students, parents, co-workers, friends and family members. Pastor John B. Burgess ministered to everyone he met on a daily basis. He leaves an awesome legacy of love.

In addition to his wife and parents he was preceded in death by two brothers, Earl D. Burgess and James E. Burgess; and a sister, Betty Hall.

A Celebration of the Life of John Ben Burgess will be held on Wednesday, October 3, 2018 at 2:00 p.m. at New Faith International, 13 Ark Main St., Spartanburg, SC. Pastor Rosavelt Copeland will officiate. Burial will be in the White Hall Methodist Church Cemetery, 130 Brown Arrow Circle, Inman, SC.

The family will receive friends one hour prior to the service at the church. J. W. Woodward Funeral Home

Send flowers to the service of John Burgess, Sr.