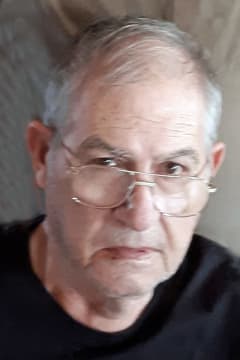 Jack O. Porch, 79, of Cuchillo, New Mexico, passed away Monday, April 5, 2021 at home after a long battle with Parkinson’s. Jack was born in Jackson, Mississippi on October 21, 1941. His family moved to New Mexico when he was just a toddler. He graduated from Los Lunas High School and attended New Mexico State University. Jack led a full life, starting his first job at the age of 16 for Sichler Farms. He then worked as a milk man delivering in Albuquerque. He met Deana Haver and they were married on February 16, 1963. They had their first son, Pete, in 1964. Deana wanted to name the boy Jack Wesley and Jack said she could name him what she wanted. However, Jack said that Jack Wesley was going to be Pete and so Pete he was. The couple moved to Arizona in 1965 to manage the Kern County Land Company’s Little Boquillas Ranch in Fairbanks. The couple’s second son, Justin Paul, was then born there in 1970. Tenneco purchased Kern County and Jack was promoted to the Company’s San Emilio Ranch near Bakersfield, California. In 1985, the Porches moved to Valley Acres, California where they had a hay business until 1994 when the family moved to Cuchillo, New Mexico to be closer to Deana’s family. Jack was well known for having the best garden in Sierra County and people would often drive by to just gaze upon it. In 1996, he went to work for the Armendaris Ranch in Engle. He then moved on to Rock Canyon Marina in Elephant Butte. Jack and his son Justin started hauling freight cross country until 2010 when Jack “retired” and went to work for Red Doc Farms both hauling cattle and managing range lands. He really retired in 2015. Jack was preceded in death by his son Pete, his mother Pauline and his Aunt Katherine Moss. He is survived by his wife Deana, his son Justin and wife Christy, and “adopted” daughter Caren Cowan. A memorial service will be held at a later date. In lieu of flowers the family suggests contributions in Jack’s memory be made to the Parkinson’s Foundation.

Send flowers to the service of Jack O. Porch