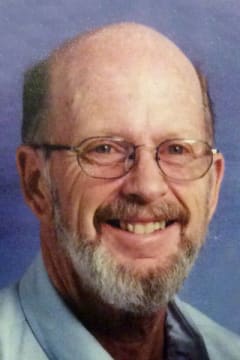 Thomas “Tom” James Le Tourneau was born in Portland, Oregon on the 23rd day of September 1938 to John “Jack” H. and Jessie V. Le Tourneau, née Date, as well as his older brother, Jack D. The family moved to Hughson, California where Tom spent his formative years and developed his love for “The Golden State”. When Tom was able, he enlisted in the Air Force and served for four years during the Vietnam War. Tom graduated from Lindenwood College in Missouri in 1981, with a business administration degree. In 1995 he came to Truth or Consequences, New Mexico to manage a Chevron convenience store in nearby Williamsburg. On Monday, December 21, 2020, Tom passed peacefully in his sleep at the New Mexico State Veterans Home.

He was preceded in death by his parents, Jack and Jessie, and his brother, Jack.

Anyone who had the privilege of meeting Tom in life would agree he was a one of a kind soul. He loved traveling, craft beer, and woodworking. Tom also greatly enjoyed sharing his bead working skills with the world and was an accomplished musician. He cherished art, and if his mother had had her way, he would have been a concert pianist. Grandpa Tom had a vibrant personality to go along with his keen sense of humor.