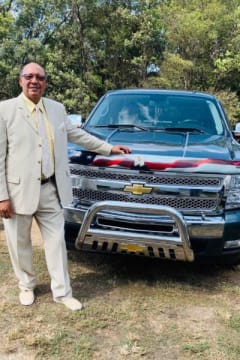 Mr. and Mrs. Paul Dotson moved to Chicago, IL. Mr. Dotson accepted Christ in his life at the age of twenty one, under the Pastor Dessie Vaughn (Faith Chapel Deliverance Center) Chicago, IL; where he served as a faithful deacon.

Mr. Dotson worked as a crane operator at J & L steel mill of Chicago, IL; later Mr. and Mrs. Dotson and family moved back to Tchula, MS in (1983). Mr. Dotson furthered his education at Holmes Community College(Goodman, MS); receiving his degree in air conditioning and refrigeration and cooling(HVAC).

Mr. Dotson also worked for the Holmes County school district until he retired (2016).

Mr. Dotson worked faithful, serving others; his church New Bethany Assembly for Christ and the community.

Mr. Dotson loved working and training(Apprentice). He served on the Board of Alderman for four years. Mr. Dotson served as a Masonic.

Send flowers to the service of Paul Dotson

Honor the life of Paul Dotson