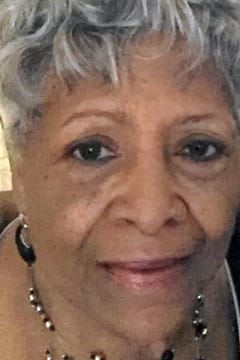 A Glimpse of a Well Lived Life

“For I am now ready to be offered, and the time of my departure is at hand. I have fought a good fight, I have finished my course, I have kept the faith: Henceforth there is laid up for me a crown of righteousness, which the Lord, the righteous judge, shall give me at that day: and not to me only, but unto all them also that love his appearing.” - 2 Timothy 4:6-8

Alma pursued her love and compassion to help others by joining the workforce with the City of Dallas as a Social Worker with Martin Luther King Community Center where she served for over 25 years and then continued that service for the community council of Greater Dallas where she had a compassionate way and unmatched level of kindness, a truly loving spirit and the heart of an angel.

As a young child, Alma was led to place her hope in Jesus Christ. Her young faith was cultivated in the Fellowship of Mt. Carmel Missionary Baptist Church under the pastorate of the late A.L. Horton.

As her faith grew and the desire for Christian service increased she went on to join and help organize Concord Missionary Baptist Church and became a cornerstone of the church under the leadership of the late Dr. E.K. Bailey, where she was a charter member and the living of the six founding members. Her passion for service was displayed through her leadership and many dedicated years serving on the Usher Board and other organizations.

Beliving in the Word of God that the husband is the head, she united with him and joined Hopewell Baptist Church under the leadership of the late Reverend Tommy Earl Brown, Sr. and the current pastorate of Reverend Michael R. Hubbard, where she continued to serve faithfully on the Usher Board, Pastors Aide and several other organizations wherever she was needed. After her health began to decline, she faithfully listened and watched virtually the worship service. Well done thy good and faithful servant.

She was loved and adored by many in this community, the City, many Churches, around the state, and the Nation. She will be truly missed.

Send flowers to the service of Alma Fullylove

Honor the life of Alma Fullylove