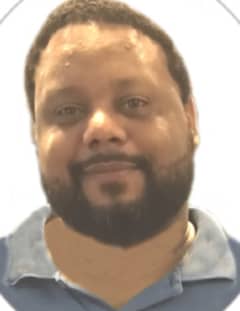 Adam Christopher Wilkerson, 40, of Harrisburg, unexpectedly transitioned into eternal life on Sunday, December 29, 2019 at UPMC Community Osteopathic Hospital. As Adam transitioned into eternal rest, his hospital room was filled with the sound of his mother’s melodious voice serenading him with gospel tunes on a CD player brought in by a caring aunt. A devoted son, he was still grappling with the loss of his mother. In his final moments, his family gathered around his bed and prayed. He was born in Harrisburg, Pennsylvania on February 6, 1979, son of Terrence D. Wilkerson and the late Shirley Johnson-Wilkerson, who passed away in August of 2018. Adam received his formal education in the Central Dauphin School District and was a 1997 graduate of Dauphin County Technical School, where he specialized in Graphic Arts. In high school, he was a standout athlete on Central Dauphin East’s wrestling, football and track teams. During his working career, he was an Operations Manager at DHL Express for nearly two decades. Adam was a hard working, gentle soul who loved to play video games and basketball with his children. He was kind and fun-loving and enjoyed telling a good joke to his many loyal friends. He was an avid Cincinnati Bengals Fan. Foremost, Adam was a family man who enjoyed activities with his children, especially trips to the beach. Adam leaves to celebrate his life, his companion of 20 years, Danielle M. Walt and their three children, 19 year old Trajan; 10 year old Marcus and 8 year old Myla, all of Harrisburg, Pennsylvania; his father, Terrence D. Wilkerson of Oberlin-Steelton, Pennsylvania; his brother, Kevin Ross Wilkerson of Harrisburg, Pennsylvania and a host of aunts, uncles, cousins and friends. Adam’s life will be celebrated on Friday, January 3, 2020 at 12 Noon in the Sanctuary of Ebenezer A. M. E. Church at, 329 Market St., Middletown with visitation 11:00 a.m. until Noon.

Send flowers to the service of Adam Wilkerson