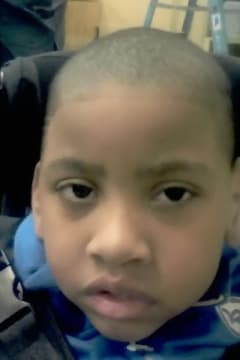 BRÉYANTE MICHAEL THOMPSON was born to Jateeyia Thompson and Jose Olivo-Noble in Harrisburg, Pennsylvania on Tuesday, August 15, 2006 at the Harrisburg Hospital.. He received his formal education in the Harrisburg School District. He attended Melrose Elementary where he was learning how to communicate with voice buttons due to him not being able to speak, but he also had his own way of communicating with you by throwing his hand up over his face or waving his arm to let you know he needed something! “YAYO”, as Bréyante was affectionately called, was a fighter as soon as he came into this world and he fought until the end. He had a smile that would light up any room. He loved watching Disney’s Cars, watching westerns with his grandpop and snuggling with his favorite stuffed animal, “Elliot”, his new friend, “Dolphy” the Dolphin and his Nana. On Saturday, July 12, 2020 in the peace and love of his home in Harrisburg, Pennsylvania, Bréyante Michael Thompson, at the age of 13 years, 11 months and 4 days, peacefully transitioned from earth to glory. He was preceded in death by his maternal great grandparents, Helga and William Thompson; his maternal great aunt, Macelia H. Thompson and his maternal great uncle, Alfonso Thompson. He leaves to cherish and celebrate his life; his parents, Jateeyia Thompson and Jose Oliva-Noble; his maternal grandparents, Shirley and William Thomas; his siblings, Shaunteeyia, Macelia, Deandre, Brenton (LaTonya), Brentany, Bréyanna and Bréyone Thompson and D´Nasia Peterson; his godbrothers, Ty´ante Gibson, Jaiden Warren and SaQuille Stutzman; his godsisters, An´jel Perry, Tamieka Scott and Shaniece Samboy (Luis); his nephew, Br´yon Thompson; his nieces, JáCelia, Ja´Leeyia Thompson and JáOni Thomas; his aunts, Jeanette Thompson of Maryland, Carolyne Tally, Keisha Vinson of Maryland, Shikia Chism, Letitia Warren (Lamont), Shanea House and Taja Brown; his uncles, Michael Thompson, Rickey Thompson (Shashana) and Joseph Jackson (Kimberly); his cousins, Shaunice Chism, Keiante Brooks, Tyreese Gibson, Ty´Zeer Gibson, Latrell Lee, Luis Samboy, Jr., ZaiOnee and ZayVione Scott, Madyson and My´Lynn Thompson; Anthony McWhite, a consistent father figure in his life for 12 years that loved Bréyante and enjoyed spending time with him; and a host of other family members and friends.

Bréyante’s life will be celebrated on Friday, July 24, 2020 in the Chapel of Major H. Winfield Funeral Home, 704 N. Front St., Steelton, PA at 12 Noon with viewing and visitation at 11:00 a.m. until time of service. Covid 19 guidelines will be observed with masks and six foot social distancing for all attendees.

Send flowers to the service of Bre'yante Michael Thompson