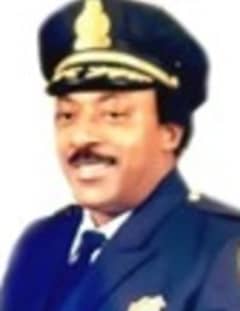 He was born in Birmingham, AL, son of the late James W. and Josephine M. (Jones) Gambles. Samuel served as a Military Policeman in the U. S. Army during the Vietnam War. Samuel retired as a Captain of The Harrisburg City Police and after retirement served as a Courier for Omega and Quest Laboratories.

Samuel was a member of PA Assoc. of Retired Police Officers and National Fraternal Order of Police-Capital City Lodge #012 and in his leisure, he enjoyed listening to music, dancing and computers.

He leaves to celebrate his life, his daughters and sons-in-law, Dara Lyn & Eric Bostic, Jami Samelle & Andre Brooks and Kacy Jane Gambles; his sisters, JoAnn Benham and Dixie Guice, both of Midway, AL; his three grandchildren and a host of other relatives and friends. Samuel's life will be celebrated on Monday, May 20 at 11 a.m. in the Chapel of Major H. Winfield Funeral Home, Steelton, with viewing 10 until 11 a.m. and burial in Indiantown Gap National Cemetery.

Send flowers to the service of Captain Samuel Gambles