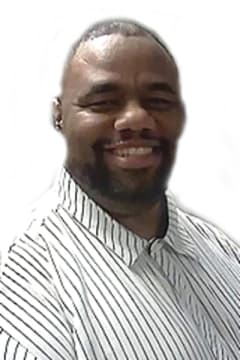 Minister Garry L. Herndon, Sr. departed this life on June 28, 2020. He was born on August 4, 1963 in Mooresville, North Carolina. They relocated to Philadelphia, then to York and later to Lancaster, Pennsylvania. Garry grew up in the church as a student of the word and playing the drums. Then, God anointed him to play the organ that was purchased for his little sister.

Garry was very smart and inquisitive. He loved to skateboard and invented his very own skateboard. Garry won an award for a beautiful wall decoration weaved of brightly colored rubber bands that he presented to his mother. To meet a graduation requirement, Garry was doused at the pool with water because he feared being immersed. He graduated from McCaskey High School in 1981, where he participated in band and football.

Garry honed his craft of playing and singing like Douglas Miller, Timothy Wright, Hezekiah Walker and John P. Kee in the anointing of the Holy Spirit. He shared his gifts with singers and musicians, as the church blossomed. Under his leadership, the McCullough Mass Choir flourished, and Garry became well-known throughout the region and churches across the country. He taught Sunday School, attended Bible Study classes and preached with fire! Garry united in holy matrimony with Angela Jolane Sullivan on August 15, 1987. From this union twin boys: Garry, Jr., and Larry D. A., a daughter, Faith Victoria were born. For a short time, the family moved to Lancaster and Garry assumed the organist position under the late Elder Scott A. White, Jr. at the Ray’s Temple C.O.G.I.C.

Angela and Garry together wrote and composed, “Hallelujah, Is the Highest Praise” which was recorded with the National Church of the Living God Children’s Choir, in 1996 in Harrisburg, PA. Garry composed and wrote many songs for the group, The New Reign, formed by Bishop William Jones, Jr.

Garry held several secular positions. He trained in the National Guard to become a medic. He was a salesman at American Automobile Association (AAA), a “singing” school bus driver for the Harrisburg City School District, and he owned and operated G-Wiz Janitorial. Garry was passionate about computers, real estate, and money operating under the auspices of G-Money Enterprises. Garry’s boldness opened doors to network with many people and created opportunities.

Garry’s spontaneous character led him to be very adventurous. He enjoyed being a food connoisseur and knowing all of the “hot spots” to have a meal. He loved to spend time with family and friends laughing and talking. He loved the Dallas Cowboys, basketball, technology, and gadgets.

Covid 19 guidelines will be observed with masks and six foot social distancing for all attendees.

Send flowers to the service of Garry Herndon, Sr.