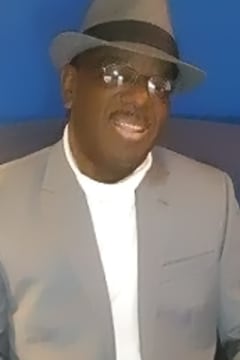 Raymond Lamoyne King, 67, of Marietta, PA transitioned into eternal life on Saturday, August 8, 2020 at the Lancaster General Hospital. He was born in Pittsburgh, PA, son of the late Jack, Sr. and Ruth (Thompson) King, a graduate of the former William Penn High School in Harrisburg. PA Raymond was a member of the Faith Chapel Church of God in Christ in Edgemont, PA. On April 26, 1997 he was united in marriage to Rebecca Greene by his Pastor and longtime friend, Rev. Charles Wayne Baxter. His work history included working as a mechanic for Sunderland Bus Company, a laborer at Harrisburg Steel, a Supervisor at Downey’s Honey Butter. He worked for UGI Corporation for 18 years as a technician. In his later years he was a Tractor Trailer Driver working for SNEIDER, FOUR SEASONS, JAAG and AREA trucking companies. Raymond’s hobbies included tubbing in the river and camping with his children and grandchildren. He enjoyed riding his bike and walking the trails of Lancaster County. He was a self-taught musician; he played the drums and keyboards. He wrote music and loved listening to Jazz, R&B and Gospel. Raymond was a self-taught mechanic and spent many hours repairing and restoring cars. He was a self-taught carpenter; he made furniture, repaired and restored homes. He was also a History Buff; was very open minded and was always willing to learn about anything and everything. In addition to his parents, he was preceded in death by his siblings, Wendel, Jerry and Perry Byrd, Jack and Bobby King; Edith Simpkins, Jacquelyn Jennings and Cheryl Moody. He leaves to celebrate his life and to cherish precious memories of him, his loving and devoted wife of 23 years, Rebecca King; his sister, Edna Norman of Baltimore, MD; his children, Perry Pressley, Denitta Davis and Tonya Cunningham, all of Harrisburg, PA; Ray Ann King of Orlando, FL; Alexis King of Elizabethtown, PA, Darren (Heather) King of Columbia, PA; James (Dianna) Hilton of Mountville, PA; Damiam (Georgie) Smith and Phillip Proctor of Lancaster, PA; his stepchildren, Michael (Beth) Greene of Lebanon, PA; Queen (RaKeem) Ray of Harrisburg, PA; a Loving and Devoted grandson, Julian King who was by his side throughout his sickness; a Total of 32 grand children and a host of nieces and nephews, other relatives and friends. His life will be celebrated at 12 Noon on Tuesday, August 18 in the Chapel of Major H. Winfield Funeral Home, 704 N. Front St., Steelton, PA with viewing from 11:00 a.m. until Noon and burial in Paxtang Cemetery. Covid 19 guidelines will be observed with masks and six Foot Social Distancing for all attendees. www.majorhwinfieldfuneralhome.com Live streaming of the service will be available on the Major H. Winfield Funeral Home YouTube page when the service begins.

Send flowers to the service of Raymond Lamoyne King