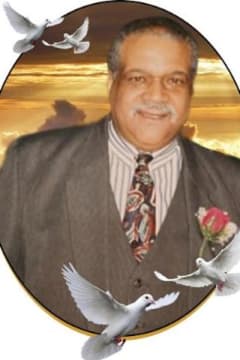 He served in the U. S. Navy as Chief Petty Officer serving in both the Korean and Vietnam Conflicts. After retiring from the Navy, he was an employee of Nationwide Insurance Co. for 24 years from where he retired as District Claims Manager.

Richard was a member of the From The Heart Church Ministries of Harrisburg, where he served on the Men’s Choir and the Security Ministry. He loved his church and his church family and truly loved his children, grandchildren, sister, brother and all of his cousins, nieces, nephews and extended family. Most of all, he loved his Lord and Savior, Jesus Christ.

His life will be celebrated on Friday, June 19th at 12 Noon in the Chapel of Major H. Winfield Funeral Home, Steelton with viewing 10:30 a.m.

Until 12 Noon and burial in Indiantown Gap National Cemetery. Covid 19 guidelines will be observed with masks and six foot distancing for all attendees.

Memorial contributions in memory of Richard can be made to his church, From the Heart Church Ministries of Harrisburg, 1300 Wayne St., Harrisburg, PA.

Send flowers to the service of Richard Keys, Sr.