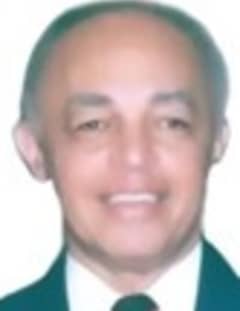 He was born in Roxboro, NC, son of the late Otis and Maudelia (Smith) Crutchfield.

Ronald was a member of Mt. Calvary Church of God in Christ, where he served thru the years as a Trustee and Deacon. He was a former Harrisburg City Police Officer, Capital Area Transit driver and retired from the IBM Corp. with 23 years of service. After retirement, he became an entrepreneur by owning a Mortgage Brokerage, Gospel Music Store and Non-Profit Organization that focused on families.

In addition to his parents, his was preceded in death by his first wife, Jewel Gilmore Crutchfield and his son, Ricky Crutchfield and leaves to treasure his life, his wife of almost 45 years, Katie J. Crutchfield; his son, Frederick Crutchfield (Dawn); his daughter, Janell R.C. White (Michael); a very close family friend, Linda; his brother, Clarence Crutchfield (Mary); his sisters, Christine Shelton and Claudelia Daniel; his seven grandchildren; three great-grands and a host of other relatives and friends.

Send flowers to the service of Ronald Crutchfield