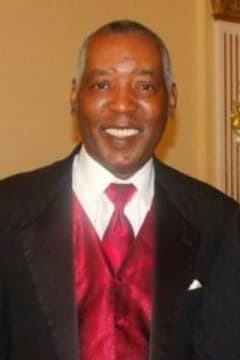 Carletus (Carl) Davis was the second of three sons born to George Allen Davis and Elizabeth Davis (nee Franklin) on January 14, 1952 in Chicago, Illinois. His early youth was spent in Chicago's Ida B. Wells Housing complex before the family moved to Maywood, Illinois in 1961. Carl was a quiet but adventurous youth who loved the outdoors and excelled in sports. He and his siblings would spend hours walking along Lake Michigan with their dad on his days off, enjoying the advantage of living only a block from Lake Michigan. Carl had an affinity for nature and animals and never saw a stray dog or cat that he didn't want to bring home, which he actually did many times. As a youth he attended Second Baptist Church, in Maywood, and later became a member of the Bahá’í World Faith whose teachings he practiced regularly during his lifelong spiritual journey. Carl also worked at the Bahá’í House of Worship in Wilmette, IL where he was on the landscape crew at the magnificent temple, which is the center of the faith’s activities in North America. Carl attended Washington Elementary School in Maywood, where he played on the basketball team. He also played football with the Melrose Park Cowboys youth team. Later he attended Proviso East High School where he participated in numerous activities including school plays. One of his proudest achievements was his role in the re-enactment of the late Sammy Davis Jr.'s hit Broadway musical "Mr. Wonderful". He was a popular student and a natural leader, never afraid to take on a challenge or push the envelope, and was fully engaged in civil rights activities in the fight for social justice. Carl was ambitious and frugal, and worked many jobs as a teenager. He relished his freedom and worked hard at saving money to get the things he wanted. Carl began his career in the retail industry for which he had a natural gift. He was adept at managing financial operations, managing people, and he had a keen eye for detail. He went on to manage a major department at Spiegel Company before which eventually landed him a managerial position at K-Mart where he was one of the first Black and youngest managers in the chain's history. Switching gears from his promising retail career, Carl left Chicago and moved to southern Illinois where he purchased a small farm. He met and married Anita Hayden, and a year later they welcomed their only child, Jamal.

Carl eventually moved back to the Chicago area where he started his own landscape business, Davis Lawn Care, and raised his son Jamal as a single dad. For the next 30-years, he built a successful, thriving business, using his business skills learned in retail, and applying his impeccable work ethic. Throughout the years as Jamal grew into adulthood, father and son continued to share their special bond.

In 2005, he moved to Jacksonville to be closer to Jamal and his first two grandchildren Tiphiny and Tateuany. Always devoted to family, he brought his parents and cared for them through their twilight years. Carl worked for several years at Comcast Cable as a supervisor, and after leaving the company he continued to work part-time as a local delivery driver. As Carl began to wind down his working career, he met and developed a loving relationship with Joann Jackson. The two shared many activities with family and enjoyed traveling. He loved playing with his dogs and found great joy working in his yard and spending time with his family. Carl’s passing was preceded by his father George A. Davis, who made his transition in 2010.

Send flowers to the service of Carl Davis

Honor the life of Carl Davis