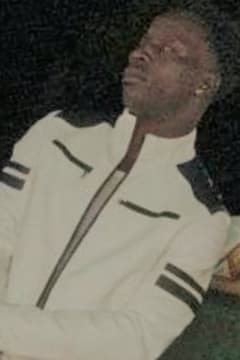 Travis Jerome Orr was born December 10, 1990 in Blytheville, Arkansas, the son of Angela Orr and Rodney Walker. Travis grew up in Blytheville, but Dallas, Texas was another place he called home. Travis was a loving person and a trusted and loyal friend. He was an awesome dad to his children and a devoted son and brother. He enjoyed rapping and was CEO of DrippyLyfe Entertainment with plans to make it BIG one day. He was also known as YB, OripGod and ThreeHunit to everyone, and was the life of the party to those who knew and loved him. On Saturday, October 11, 2020 Travis was called home at the age of 29. Travis was preceded in death by his grandmother, Catherine Orr, and a brother, Courtney Orr. Travis leaves to cherish his memory his children, Zynisha Horner, Treyvin Orr, Kelis Orr and Jacient Orr all of Blytheville, Arkansas; his mother, Angela (Jimmy) Orr Rudd of Jonesboro, Arkansas; his father, Rodney Walker of California; four brothers, Kentarian (Vera) Brown of Mesquite, Texas; Marqueis Hollis of Omaha, Nebraska; Kelechi Walker of San Diego, California and Rodney Walker, Jr.also of Omaha, Nebraska; one sister, Kakeshia Partee of Blytheville, Arkansas; his maternal grandfather, L.C. Kelly, Jr. of Blytheville, Arkansas; fraternal grandmother, Barbara Walker of Blytheville, Arkansas; two uncles, Clarence Kelly of Tucker, Arkansas; and Mitchell Raiford of Blytheville, Arkansas; one aunt, Chetina Kelly of Wichita, Kansas; a special friends, Khanajai Phillips of Mesquite, Texas and a host of nieces, nephews, other relatives and friends. Walk-through visitation will be held Saturday, October 17, 2020 beginning at 11:00 a.m. until 12:30 p.m. in the chapel of McDonald-Horne Funeral Home, 1207 South Division Street, Blytheville, Arkansas. Graveside services will follow at 1:00 p.m. at Sandy Ridge Cemetery in Burdette, Arkansas. Pastor Burton Furlow is officiating. McDonald-Horne Funeral Home is in charge of services and arrangements.

Send flowers to the service of Travis Jerome Orr