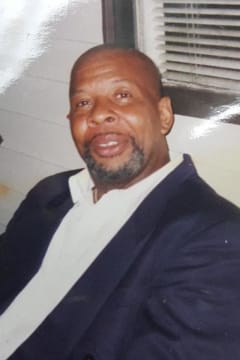 John Edward Williams was born on January 5, 1954, to the late Benjamin Gordon, Sr., and the late Carrie Williams in Hampton County, South Carolina. On August 11, 2022, God called this quiet and peaceful soul to eternal rest.

In 2002, John worked in David R. Miller's campaign for City Council in the 41st District, Kings County, New York. He became a key member of the campaign staff as Director of Field Operations. He was bitten by the political bug and would run for office himself.

In 2006, John ran with his slate for a second time for Judicial Conference, County of Kings, State of New York from 55th Assembly District, New York. The slate won again, and John served and was elected Vice Chairman of his delegation to the Judicial Convention. In New York State, Supreme Court Judges are elected.

John was warmly called the "Mayor of the Community" and called "Uncle John" by the young African American men that lived in the community, as he would always treat them and his community with his famous yard barbecue. John was a man of great wisdom, the "Kuhuna" his family affectionately called him. A patient and kind spirited Gentle Giant with a passion for carpentry, fishing, cooking and most importantly, spending precious time with his family. He would always share his blessing with others so that they could experience the same joy he had. A true giver, fighter, father and friend to so many with a loving and affectionate smile.

"A SERVICE ABOVE SELF"

IN LIGHT OF THE COVID-19 PANDEMIC (Coronavirus)*** (no gathering or lingering in large groups). Once you view and sign the registry book, please exit to give others the opportunity to view.

Please remember to keep the Williams and Gordon Family lifted up in prayer.

You may email condolences to: mfrileysfuneralhome@yahoo.com

Send flowers to the service of John E. Williams