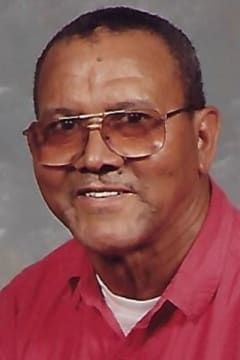 Edward King, Sr. quietly departed this life and entered his eternal home on Saturday, December 12, 2020. He was born September 7, 1932 in Collins, MS to the late Oliver King and Margie Thames King. He was the fourth born of seven siblings. The family relocated from Magee, MS to Pascagoula, MS in 1940. There he attended Pascagoula Negro Public School.

During his high school years, he was a three-sport letterman, football, basketball, and track. He won the first trophy in the history of the school for his performance in track. After graduating high school, he attended Coahoma Jr. College.

He began his career with the Chronicle Star Newspaper, later known as the Mississippi Press, in 1952. After leaving Coahoma College, he returned to Pascagoula and was rehired at the Chronicle Star and retired after 45 years of dedicated service. While there, he was the first and only hot metal photo engraver for the press. He was the first black to become a member of the Mississippi’s Local Typographical Union, and became the first black president of the International Typographical Union’s local Chapter. He also became the press room foreman, a position he held for twenty-five years. As a tribute to him, the press room bears a bronze-etched plaque in his name for his dedication to his job and service to excellence.

His favorite past times were fishing, hunting, and being a jack-of-all-trades. He always looked forward to traveling to Magee, MS for the Nelson-Payne (King) Family Reunion, and hosting his own reunion with his children on the 4th of July.

MASKS AND SOCIAL DISTANCING ARE MANDATORY. THERE ARE NO EXCEPTIONS.

Send flowers to the service of Mr. Edward King, Sr.