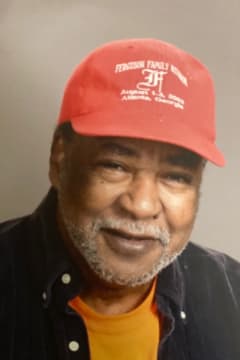 Mr. Donald Eric Ferguson, 71, of Warner Robins, GA passed away at home surrounded by his family on May 14, 2021. He was born to the parentage of the late Bateman Stubbs and Ada Ferguson Fuqua. He is preceded in death by 2 brothers and 1 sister-in-law. After completing high school at Pearl Stephens High, Donald enlisted in the United States Army, retiring from Robins Air Force Civil Service. To his family and friends, he was known as “Chuck” and “Pops” by many. On any given day, you could pass the house and catch him outside in his garden, until his health began to decline. In his spare time, Donald loved to ride motorcycles and watch NASCAR Racing, but nothing was more important to him than his family, especially his grandchildren. Once he knew you, it wasn’t long before he gave you an affectionate nickname. Donald was an avid Northside Eagles Football fan. You could always catch him on a Friday night either watching the game or listening to it on the radio. He was just a one of a kind man. Donald is survived by children: Kofie Ferguson, Sashana Griffin (Ramone), Antoinette Garrett, and Jamal Ferguson; grandchildren: Cody Cox, Jabbaari Rhoden, TyRiana Griffin, Janaila Michaux- Ferguson, Knaji Ferguson and Jace Ferguson; great-grandchild Kaelani Jade Cox; siblings; and a host of nieces, nephews, other family and friends. Visitation will be held at Nelson’s Mortuary, Warner Robins, GA Friday, May 21, 2021 from 6-7 pm. Funeral services will be held at Parkway Cemetery, Saturday, May 22, 2021 at 11 am graveside. Pastor I. Edwin Mack will officiate.

Send flowers to the service of Donald Eric Ferguson