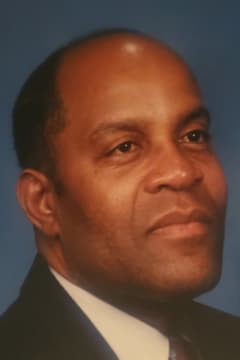 Walter Edward Clay was born to the late Walter Lee and Dorothy Mae Clay on September 21, 1947 in Huntsville, Alabama. He departed this life on Monday, January 4, 2021. He dedicated his life to the Lord at an early age. In addition to his service to the community, Walter was a faithful member of Lion of Judah Bible Baptist Church, where he served as a Sunday school leader and Chairman of the Deacon Board. He also functioned as choir director at both Fellowship Bible Baptist Church and Springfield Missionary Baptist Church in Warner Robins, Georgia. During his formative years, Walter worked at Big Brothers Grocery Store and Redstone Arsenal in Huntsville, Alabama. In addition, he was given the 6 A.M. task of picking pecans in the yard with his younger brothers and sisters. Walter graduated from Council High School in Huntsville at the tender age of 17 years old. He participated in many extracurricular activities, including basketball, baseball, and football, but he particularly excelled in the band where he played trumpet. He received full music scholarships to play for Florida A&M University (FAMU) and Alabama State University (ASU). He initially elected to attend FAMU but later transferred to ASU, where he met his college sweetheart, Viola Mitchell. At Alabama State, Walter joined the band fraternity, Kappa Kappa Psi, and performed with the Marching Hornets until he was drafted into the Army branch of the U.S. military to serve in the Vietnam War. He married Viola on May 16, 1969, shortly before leaving for Vietnam. To this union was born two daughters, Akida and Ayisha. After his tour of duty in Vietnam, Walter and Viola decided to make Georgia their home. Early in their marriage, Walter sold insurance for Prudential. In 1978, he also made history for being the first black in Warner Robins, Georgia, to seriously run for City Council, and he came within just a few votes of declaring a victory. In 1982, Walter received a Bachelor’s degree in business from Fort Valley State University in Fort Valley, Georgia. He then pursued a Master’s degree from Alabama A&M University. He retired from Robins Air Force Base in 2008, where he worked for several years as a Quality Assurance Specialist in the Avionics division. In his free time, Walter enjoyed spending time with God, his family, and friends, exercising, traveling, listening to music, and refereeing various sports. Walter received a plethora of honors and awards, including Cambridge Who's Who Award, Macon Technical College Appointment, a Robins Rev-Up featured article, VIP of the Year Award, and the Lifetime Achievement Award, to name a few. He was preceded in death by his parents, Walter Lee and Dorothy Mae Clay, a brother, Jerome Clay, and a sister, Mary Fletcher. Walter Edward leaves to cherish his memories a devoted wife, Dr. Viola Mitchell Clay of Warner Robins, GA; two loving daughters, Akida (Cedric) Shephard of Fayetteville, GA and Ayisha Clay of Warner Robins, GA; three adoring grandchildren, Joshua Rommell, Zion Walter, and Anyaa Violette Shephard of Fayetteville, GA; three sisters, Greta (Alvin) Clay Landrum, Karen (Rodney) Clay Calhoun, and Pamela (James) Blankenship Hope; three brothers, Carl (May) Clay, Ashford Clay, and Maurice (Cheryl) Clay, sister-in-law, Rosa Kelley Clay, and a host of nieces, nephews, relatives, and friends.

Send flowers to the service of Walter Edward Clay