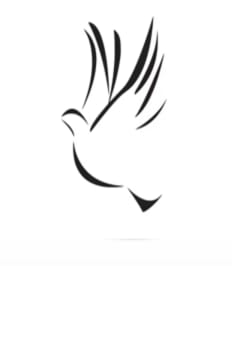 Paul Arthur Thenstedt passed away at the age of 90 at Park Pointe Village in Rock Hill, SC. Born in New York City where he resided for 27 years, Paul is preceded in death by his father Paul Olaf Reuben Thenstedt, Mother Rose Marie Schlenker, sister Dorothy Ann Rollins (Steve), and son Paul Eric Thenstedt (Leah). Paul is survived by his wife of 38 years, Nancy (Hanson) Thenstedt, the love of his life and irreplaceable dance partner. He is also survived by three children from his first marriage, Karin Lynne Barry of FL, Phillip George Thenstedt (Dawn) of WA, and Kristina Yvonne Edstrom (Charlie) of WI. In addition, he leaves behind seven grandchildren: Shaun (Rhiannon), Alyssa, and Mark Barry; Tyler, John, and Tony Thenstedt; and Alec Edstrom, as well as three great-grandchildren: Blair, Desmond, and Margaux Barry. There are numerous other surviving relatives in the USA and Sweden.

Paul graduated from Brooklyn Tech majoring in mechanical engineering. During the Korean War, he joined the National Guard. Following in the footsteps of his father and grandfather as Master Masons, Paul became a Master Mason in Bredablick Lodge (NY) at the age of 23, where part of the ritual was performed in Swedish. He later transferred to Morning Star Masonic Lodge (WI).

Pursuing an engineering and design/sales career in diverse industries in the U.S. and abroad, Paul gained recognition for his innovative solutions to enhance quality and production for his clients. After retiring from Quaker Oats in Chicago, he started his own industrial chemical and equipment sales company, PATCO Inc.

While still maintaining his sales company, Paul formed a partnership with 2 other couples manufacturing a 1000-year-old Viking game called Kubb, selling it in all 50 states and 10 countries. The ultimate highlight for Paul was the use of the game on the TV show Amazing Race as part of the competition in Norway. Their 8-year-old company was eventually sold via the internet within days.

Paul is second generation Swedish, German, and Irish. His parents passed away while still in his teens, after which he spent much time with his grandparents. He credits his paternal grandmother with “tricking” him into joining a Swedish Folk Dance Group which enriched his life in many ways.

At the age of 27, Paul, along with his first wife, Anna, relocated to the Midwest where they started their family and raised four children. While there, he taught a Swedish Folk Dance group in Rockford, IL. He also became active in the Vasa Order of America (VOA), a Scandinavian cultural organization, enhancing his love for his heritage.

Paul and Nancy met through folk dancing and in 1973 became charter members of the Nordic Folk Dancers of Chicago, with Paul serving as their first instructor. Paul’s ongoing goal was to train his successors and now, almost 50 years later, the group is still active. The Nordics participated in hundreds of performances over the years, the highlight being chosen to perform for His Majesty Carl XVI Gustaf, King of Sweden in April 1976.

In 1982, Paul relocated to Bethlehem, PA. He married Nancy in 1984 and together they became charter members of Viking Lodge (VOA). As a result of Paul's active involvement in the Lodge, he was elected to various positions in the NJ District, attaining the highest level as District Master. His proudest achievement was the instrumental role he and Nancy played in the formation of the annual Scandinavian Fest in Budd Lake, NJ. It eventually became one of the largest Scandinavian festivals on the East Coast. When people asked what his heritage was, he answered, “Swedish, except on St. Patty’s Day.”

Paul and Nancy lived in Pennsylvania for over 30 years before moving to South Carolina in 2014. In anticipation of retirement and to keep his mind sharp, Paul began doing tax preparation as a sideline. For over 25 years he tackled the most complex returns as an Enrolled Agent, the highest tax professional designation recognized by the IRS. Not satisfied he was doing enough, for 10 years he served as an election judge in PA and continued working the polls after his move to SC, to ensure an “honest election.”

His passions were ballroom and Scandinavian dancing and traveling. Over the years, Paul and Nancy enjoyed the sights in many countries around the world. On one of their many vacations, Paul joined the Norsk Carolina Chapter of the Sons of Norway to honor half of Nancy’s heritage. Paul had a prolific winning streak and uncanny ability to win raffles. His prizes included four trips to Scandinavia, a trip to anywhere in the world (first class), and a diamond necklace. His favorite music included polkas, marches, and the bagpipes. He enjoyed gardening and doing jigsaw puzzles where he could enjoy “peace and quiet.”

After his father passed away, Paul’s most common expression became “one day at a time” which is how he lived his very full life.

Send flowers to the service of Mr. Paul Arthur Thenstedt