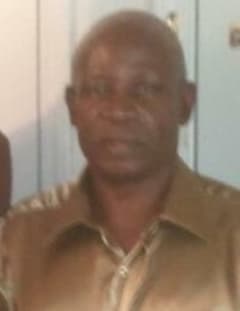 Mr. Garry L. Allison passed away Wednesday, November 21, 2018, in Denton, TX. A visitation will be held throughout the day until 7 pm on Friday, November 30, 2018, at Peoples Funeral Home & Chapel. Funeral service is scheduled for Saturday, December 1, 2018, at Peoples Funeral Home & Chapel, 12:30 pm. His final resting place will be at Oakwood Cemetery.

Garry Lynn "Pops" Allison was born October 3, 1954, in Atlanta, Texas to Billie Rae (Beavers) Allison and Edd "Eddie J." Allison, III. He graduated from Novato High, Class of 1973. He later went to work for the Safeway grocery chain (in San Francisco), working his way up to Store Manager. In 1974, he married a young lady named Yvonne Porter, and to this union, four children were born: Ronqui (b. 1973), Iyanah (b. 1978), and twin girls (Stacie and Tracie, b. 1980). They amicably divorced in 1985 and remained good friends.

In 1987, he married Irene Thompson and together they raised a blended family. They lived in the Bay Area for awhile (Pacifica) before relocating to Sacramento, CA for better opportunities. After 20+ years of marriage, they amicably split and remained friends until her death in 2014. In 2015, Garry married his friend and church companion, Louise Nugent.

Garry himself sometimes faced health challenges, and on November 21, 2018, he packed his spiritual bags and left Earth behind. Garry will be best remembered for being a devoted Christian, loving father, and kind, yet generous person. He never had a bad word to say about anyone, and would not hesitate to give the shirt off his back, or the last dollar in his wallet. Garry enjoyed spending time with loved ones, watching sports on TV or cooking up his favorite dish for others to enjoy: pork and beans with ground beef. Garry's beans were legendary and were the first to disappear at any family gathering!

Send flowers to the service of Garry L. Allison