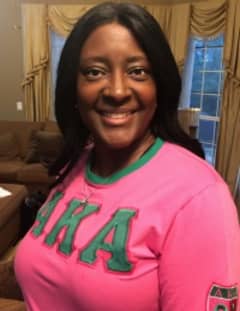 Marilyn was raised in Memphis, TN as an active member of Monumental Baptist Church under the direction of Pastor Samuel B. Kyles. She professed her love for Christ and accepted Him as her personal Lord and Savior at a young age. She was an active member of Monumental and participated in various organizations: VBS, Sunday School, May Club, Jr. Courtesy Guild, Courtesy Guild, and 2001 Choir.

Marilyn attended Hamilton Elementary School, Bellevue Jr. High School, and Central High School. During her time at Bellevue Jr. High, Marilyn developed her tongue for public speaking and became the leader for various organizations, including the Student Council. It was during her high school years that Marilyn was introduced to modeling. She participated in state wide pageants, fashion shows throughout the city and posed for several publications.

Marilyn welcomed twin daughters (Maia and Morgan) into the world on June 3, 1997. She soon joined Victory In Christ Christian Church, Memphis, TN under the direction of Pastors Melvin and Linda Jones. It was through relationships formed at Victory In Christ Christian Church that Marilyn was introduced to the love of her life, Leneard Rabsatt. The two married on August 19, 2006 and moved to Dallas, TX.

In addition to her work in the church, Marilyn progressed in the Texas education system while working at McKinney ISD, Dallas ISD, Little Elm ISD, and Denton ISD. During this time, Marilyn completed her Master’s Degree in Education Administration in December, 2009 from the University of North Texas. She began work on the leadership team at Denton High School, in the role of Assistant Principal on April 20, 2012. On July1, 2016, Marilyn accepted the position of Principal at Fred Moore High School. She also served as a member of the Board for Fred Moore Nursery. Marilyn became affiliated with the Alpha Kappa Alpha Sorority, Inc. of Chi Zeta Omega Chapter in Plano, TX.

In 2015 Marilyn selected a group of five women to establish Be You Ministries, Inc., a non-profit organization for which she served as CEO. Soon after, three additional members were added to the leadership team. The founding principle was based on I Timothy 4:12. The group worked to build character and self-worth in young women. The first annual conference was held March 5, 2016 at Denton High School in which the key note speaker was Dr. Christian Gilley whose platform is Abstinence and Girl Power. During the conference Marilyn brought together sororities from the University of North Texas and Texas Women’s University. The participants received free prom dresses, shoes, and accessories. In 2016, the ministry gave four scholarships totaling $2,000.00. Be You Ministries, Inc. is now a part of the Argyle Chamber of Commerce.

Send flowers to the service of Marilyn Rabsatt