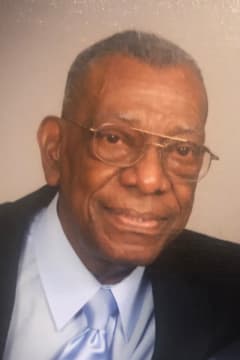 Alexander “Alex/Flem” was born to M/M Thomas R. and Callie C. Flemings in Roanoke Rapids, NC Halifax County on August 1, 1945. Alex accepted Jesus Christ as his Lord and Savior at an early age becoming a member of London Missionary Baptist Church, Roanoke Rapids, NC. His demeanor was so humble as he was often asked if “He was a Minister.” He was easy spirited and polite. It was no mistake that he was born to be a Child of God.

Alex met and married Patricia Bethea on October 5, 1970 and upon this union was the birth of three daughters – Alexis, Alisa, and Dara. He had a strong love bond for his family and was a majestic provider. Alex attended and graduated from NCA&T State University, Greensboro, NC where he received his Bachelor’s Degree in Music Education and his Master’s Degree in Human Resources - Counseling. He had a listening ear and was known for his mediation sessions while employed in management at the US Postal Service. He retired after 30 years of service. Mediations continued both on and off the job, as he was always willing to listen and to assist anyone in any way possible. Having an entrepreneurial spirit, he was a successful owner of Flemings Music Studio where he provided piano lessons and music services. Music has always been his passion, even as a young child sitting at the family piano playing beautifully without one lesson. We knew that it was a God-Given talent. He began playing at his home church until relocating to Greensboro to attend college. Upon arriving, he was known quickly in the city, and began to play at several Greensboro local churches. Over the years, he served as Minister of Music at Trinity, Greensboro Triad Ensemble, East White Oak Missionary Baptist Church and Music Director at his home church, Providence Baptist.

"In lieu of flowers, the family welcomes monetary donations."

* Livestream service will be available on the day of the service at 2pm*.

Send flowers to the service of Alexander Flemings

Honor the life of Alexander Flemings