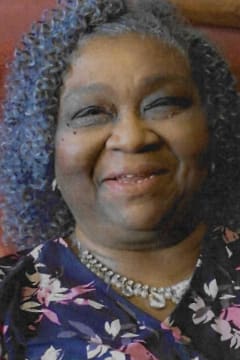 Elywanda Javita Hassell was born January 28, 1959, in Durham County to the late Betty Hassell Rease and Franklin Eason. She gained her wings on September 1, 2022, at Novant Health Forsyth Medical Center W.S., NC surrounded by family and friends. Elywanda attended Martin County Schools and graduated from Williamston High School in Williamston, NC. She joined Popular Point Baptist Church in her younger years and later joined Saint James Baptist Church in Greensboro, NC. Elywanda was then joined in matrimony with the love of her life Jonathan Jackson on July 26, 1980. From that union in love was born a son, Jamale Jackson, and a daughter, Jashara Lajoy Jackson (deceased). This beautiful example of black love and devotion was shown in 42 years of marriage. She attended North Carolina A&T to study Early Education where she graduated cum laude and received her master’s degree. After graduating, she remained in Greensboro to begin her teaching career with Guilford County Schools. She served at various elementary schools including Poplar Grove, Brown Summit, and Sedgefield. During her tenure, her compassionate leadership influenced many teachers. She concluded her teaching career of 36 years at Allen Jay Elementary. Elywanda's desire to serve her community began with her taking on the role of Den Mother for Cub Pack #441 at St. Matthews UMC. She also joined the sharing and caring committee at St. James Baptist Church. In 2006, she joined the Order of the Eastern Stars in which she became the youth leader of the Magnolia Blossoms #104 as chair supervisor. While a part of this organization, she was elected as Worthy Matron to the Magnolia Chapter #23 where she held this position for two years. Elywanda was also a member of the Greensboro Assembly of Golden Circle #106 where she was known as Loyal Lady Jackson. Elywanda took on a second career in her free time, shopping. She also enjoyed many other hobbies such as traveling and spending time with family and friends. She continued her passion for teaching after retiring by mentoring teachers and tutoring students. Her loved ones that preceded her in death are James Russell Rease (Stepfather) and Grandmother Mary Gainer. She leaves to cherish her memories, husband, Johnathan Jackson, and one son, Jamale Jackson from Greensboro, NC. Three sisters, Karen Rease from Greensboro, Robin Jacobs of Blacklick, Ohio, Angela Scott of Columbus, Ohio, Tiffany Perdue of Galloway, Ohio; one brother Franklin Walton of Columbus, Ohio; her father Franklin Eason of Robinsonville, NC; brothers and sisters that were more like family than in-laws and a host of cousins, nieces, nephews family, and friends. Funeral will be held Thursday, September 8, 2022 12pm at St. James Baptist Church. 11:30am Visitation. Burial will follow at Guilford Memorial Park.

Send flowers to the service of Elywanda Jackson

Honor the life of Elywanda Jackson